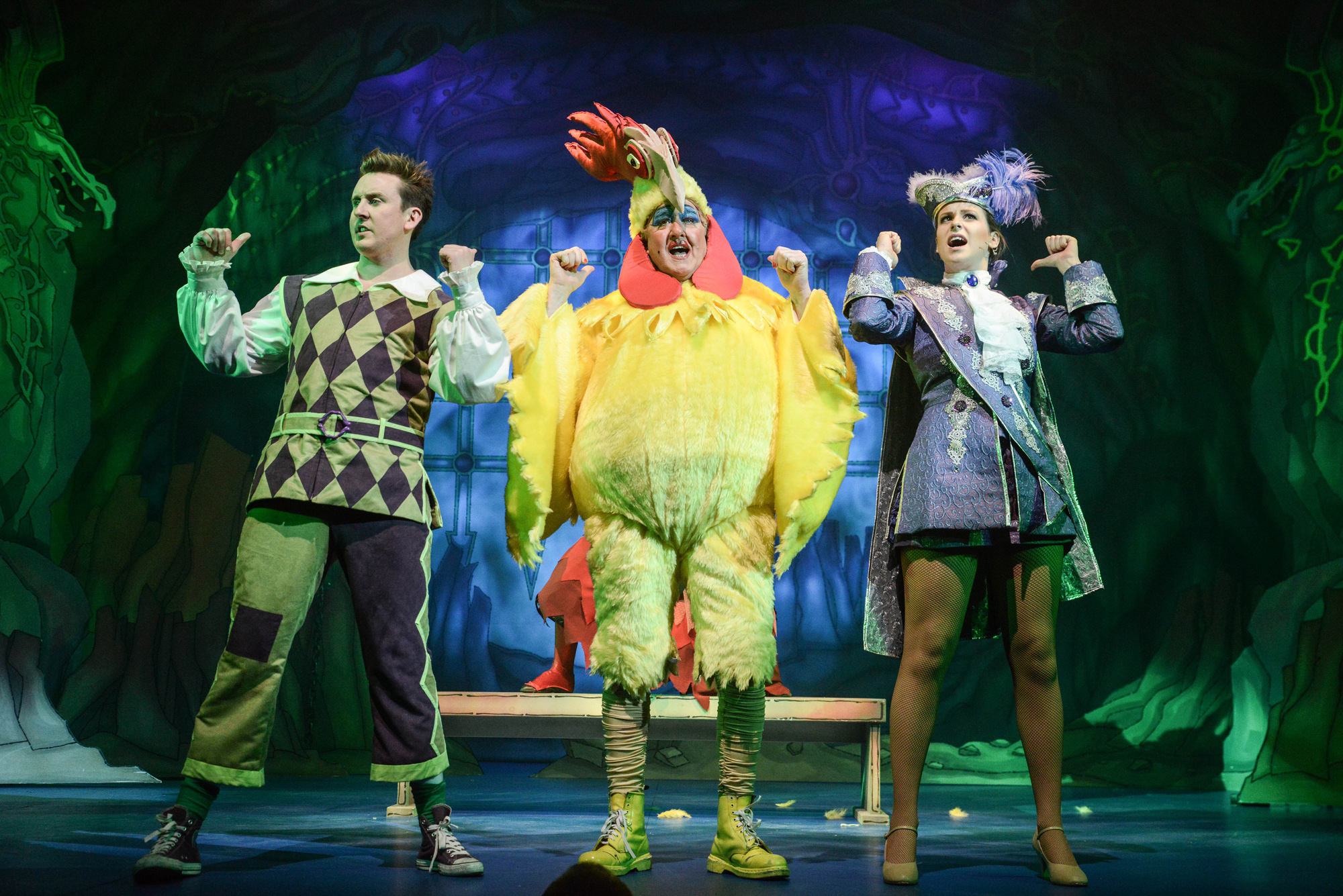 Written and Directed by Iain Lauchlan

Panto season is upon us already, kicking off the season is the effortlessly entertaining Sleeping Beauty which is at Belgrade Theatre until Saturday 5th January.

Nanny McWheeze (Iain Lauchlan) arrives in King Hugo (Declan Wilson) and Queen Hyacinth’s (Vicky Field) castle as their daughters new nanny not knowing that evil fairy Carabosse (Laura Judge) put a spell on their daughter Belle meaning that Bell will be die on her 18th birthday. A good fairy, who happens to be Carabosse’s sister Azurial, (Anna Mitcham) gets one of her “trainee” fairies to alter the spell so she will fall asleep for 100 years.

We jump forward in time to Belle (Mellisa Brown-Taylor) celebrating her 18th Birthday and her close personal friend Prince Valiant (Joanna Thorne) discovering that the spell is about to come true. Belle does indeed fall asleep and Nanny McWheeze, Prince Valiant and Muddles the Jester (Craig Hollingsworth) must travel into the future to break the spell!

The Belgrade Theatre Panto is proud to have a key focus on storytelling without huge celeb names to draw the audience in. This is a real treat of a show with a lovely cast who clearly are loving their roles. There’s also the regular set pieces, getting an audience member on the stage to make something, getting kids from the audience up to help the song. They also work hard getting local kids to sign up to the chorus group and putting them through their paces.

Tonight’s show clocked in at 2 hours and thirty minutes and this might be a little bit long for some younger kids with the first half taking about 80 minutes. Whilst it makes sense storywise for the show to break where it does, there were a few younger people being taken to out after about an hour by their parents and then returning to their seats.

I brought my mother to the press night and she really loved how traditional it was mixed in with the modern twits and references. She was more than impressed with the production values, especially as this was her first ever visit to Belgrade Theatre.

I look forward to this production each year and its always great to see the panto seem bigger and bolder every year. From animatronics to projections to the general slapstick of traditional panto there is a lot of humour and songs for the whole family to enjoy. The more adult jokes are so subtle that they would fly over most kids heads.

This isn’t a sponsored post. #BrumHour was invited to see Sleeping Beauty by Belgrade Theatre.