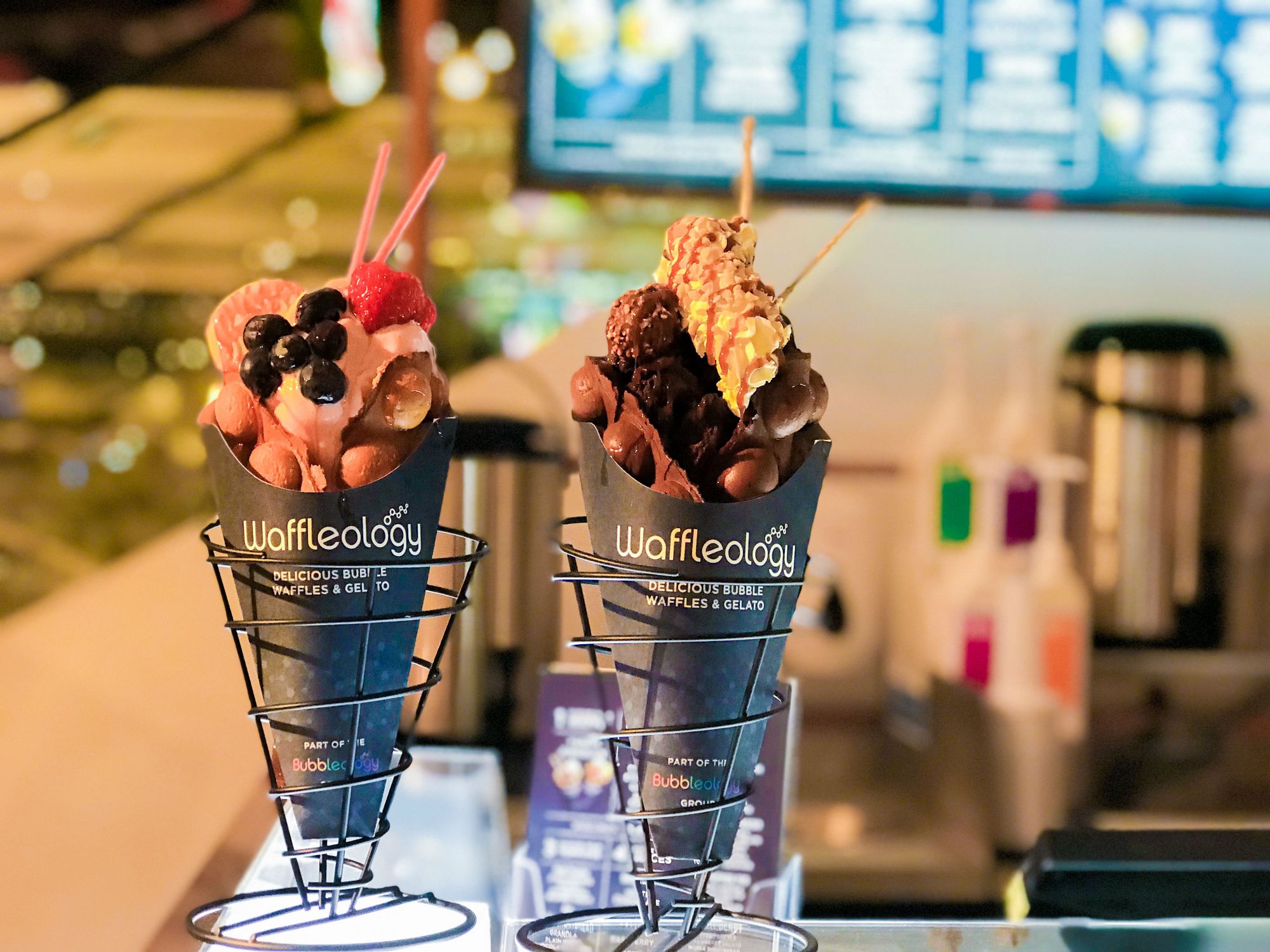 via Akash for Selfridges Birmingham

Bubble waffles – the hottest grab ‘n’ go food craze – is now available in Selfridges Birmingham, with the opening of Waffleology.

The waffles – also known as egg waffles – were first introduced in the 1950s and are made in a special honeycomb-shaped mould, and are famed for their light and crisp exterior and fluffy insides.

Available only in the city at Selfridges Birmingham, Waffleology is offering three different waffle flavours – vanilla, chocolate or matcha – and once cooked to perfection in the moulds, they are then filled with premium gelato (choose from vanilla, dark chocolate, strawberry sorbet, coconut, salted caramel and pistachio).

Then, fresh fruit or other toppings such as chopped nuts and marshmallows are added before being finished with a delicious sauce, including white chocolate, whipped cream and lemon curd.

Sam Watts, general manager of Selfridges Birmingham, said: “Bubble waffles are already a huge hit in London and we expect them to be just as popular here in Birmingham. We’re very excited to be the exclusive outlet for Bubbleology.”