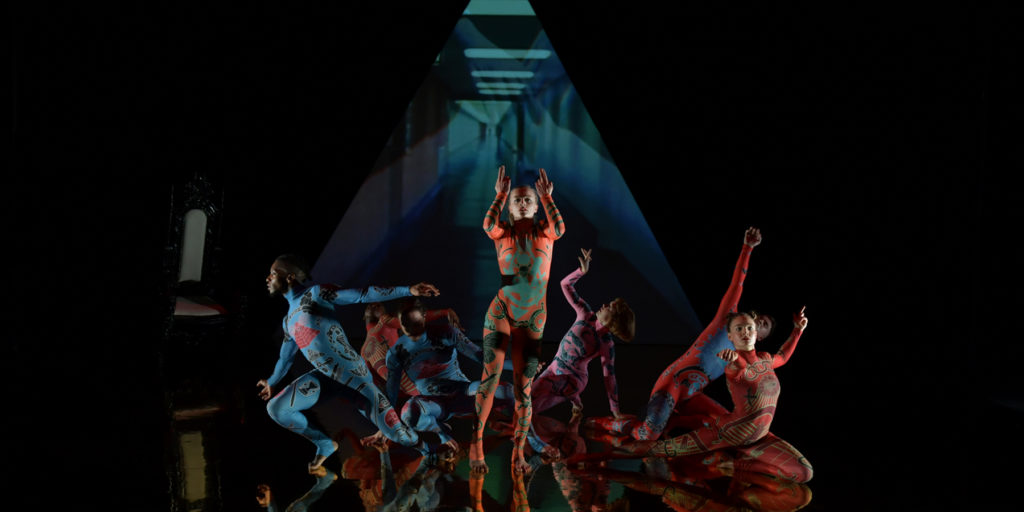 via Katee for Rosie Kay

Fresh from the success of choreographing the live Commonwealth Games Handover involving hundreds of young people from the West Midlands, Rosie Kay announces a second UK tour of MK ULTRA, beginning with performances at Birmingham Hippodrome on Thursday 20th and Friday 21nd September before going to LEAP Dance Festival Liverpool and London’s Southbank Centre. MK ULTRA was originally created in collaboration with BBC journalist and BAFTA-winning filmmaker Adam Curtis in 2017.

“a postmodern fantasia…MK ULTRA asks important questions about the real and the fake, and whether, for a new generation, they’ve become one.”
★★★★ The Observer

Taking its name from the LSD-fuelled experiments conducted by the US Military in the 1950s and 1960s, MK ULTRA looks at the rise of conspiracy theory amongst young people and in particular the theory that these experiments have continued in the realms of pop music and fashion.

After extensive online research into conspiracy culture and interviews with 16-25 year olds from the Midlands, Kay and Curtis developed a hypothesis that ponders whether the lack of trust in politicians and established political systems has given rise to alternative theories of power and control. Hypnotic video design alternate with documentary-like sections of Curtis’ signature montage style, creating a kaleidoscope effect on audiences. 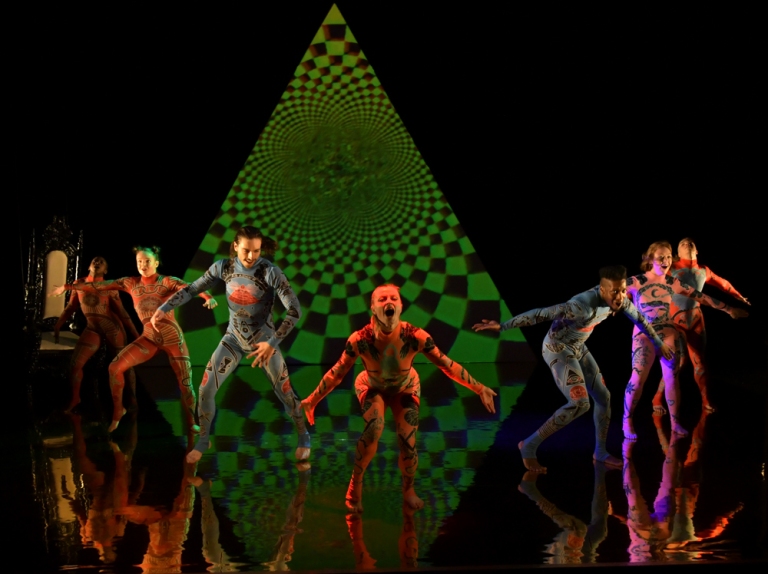 For its second tour, MK ULTRA has been re-worked and developed further, with the storyline focusing on the rise and fall of the chosen pop princess. Initiation rites, pop video style vignettes and competitive bizarre thrusting dances dominate the stage, with highly choreographed dance mashing up popular street styles with a hard core of contemporary and balletic technique.

Set within a pop culture context, MK ULTRA does not overlook the manipulation of the female image in mainstream media, particularly the sexualisation of young girls and the pressure this can place on mental health. Juxtaposing over-the-top moves from music videos with representations of mental breakdowns, MK ULTRA reveals the dark side of the mainstream media with a saccharine-sweet dose of bubblegum popstars.

Rosie Kay is one of the UK’s leading choreographers. She is celebrated for her athletic movement, rigorous research and intelligent theatricality, and is known for the five-star award-winning 5 SOLDIERS as well as choreographing 2018’s live televised Commonwealth Games handover broadcast globally to 1 billion people.