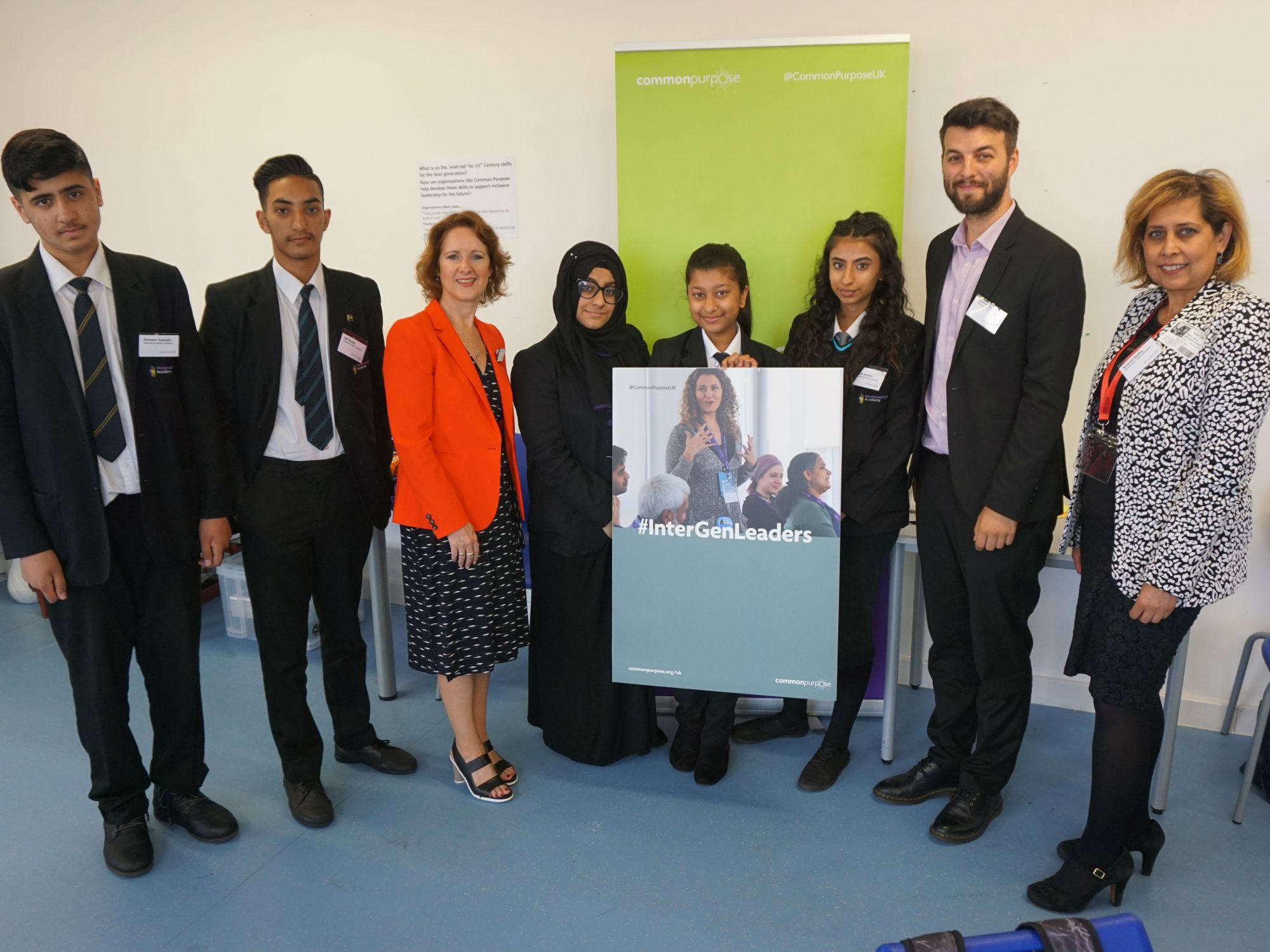 Via Laura for Common Purpose UK

Leadership development organisation Common Purpose held its second #InterGenLeaders event, bringing together senior and future leaders to discuss what skills will be needed to meet the demands of an increasingly intergenerational workforce.

The event was held at the Jewellery Quarter Academy in Birmingham and involved students from the academy and nearby Washwood Heath Academy, as well as senior leaders from around the city. The group discussed, debated and decided on a list of the top attributes needed for aspiring 21st century leaders. They were:

Attendees talked about the need for more employers to be curious and create opportunities, both for students as work experience, which would equip them properly for the world of work, but also for schemes like reverse mentoring which would allow leaders to learn from younger people.

Communication and teamwork also featured heavily in discussions, focusing on the need to understand and adapt to the diversity of the workforce. This was echoed by many young people, who felt that with so many different types of people, from different backgrounds, it was important to recognise similarities but more importantly break down barriers, allowing people to work together in collaboration, rather than as rivals allowing differences to get in the way of work.

Attendees also felt that resilience was important to deal with an ever-changing world and the adaptability to change and learn new experiences would also put future workers ahead of the game. Rather than see change as a negative, the groups perceived the conversations as signs of a positive future.

Louise Teboul, operations director for Common Purpose UK, said; “We believe in inclusive leadership, that crosses boundaries and we’re pleased to be able to continue the conversation around an intergenerational workforce, ensuring Birmingham is at the forefront of these conversations. I’m really pleased that we had so many young people involved in the event – they were thoughtful, articulate and inspiring; it makes me hopeful for the future of our city and region.”

The ideas from the Birmingham event echo some of the survey findings from young people across the Commonwealth, which identified key leadership skills needed to be successful in a VUCA* world.

Common Purpose has now launched a new, crowd-sourced model for leadership, which recognises the need for a new approach to leadership. To help the next generation of leaders be better prepared, the team have designed a free online programme, Commonwealth100, which uses an interactive platform where participants work with a diverse group of young leaders from across the Commonwealth to explore Open Source Leadership and gain practical skills for the future.

The full report about the event can be found here.