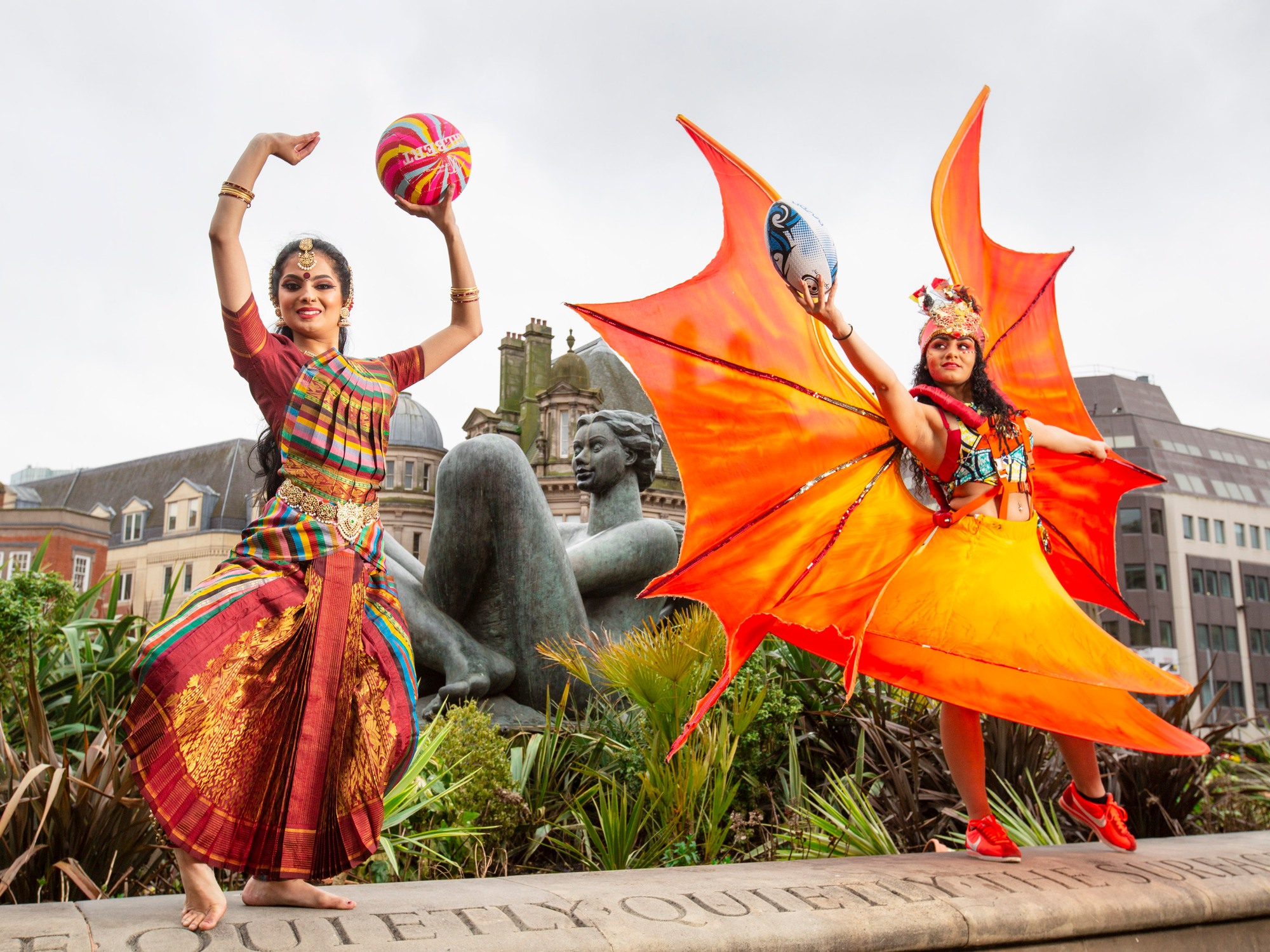 via Lois for Culture Central and Sport Birmingham

Birmingham will host a spectacular open-air “Homecoming” celebration for Team England’s stars of the 2018 Commonwealth Games in Victoria Square, Birmingham on Saturday, April 21 from Noon.

The free public party follows the official handover of the Games’ baton to Birmingham, which will stage the global sporting extravaganza in 2022.

A host of Team England’s athletes from the Gold Coast are expected to attend the event, which starts at midday and runs till 5pm, outside Birmingham’s Council House. The public will get a chance to see the stars, who will also attend a special civic reception.

Inspired by the sporting feats performed in Australia, people of all ages will get a chance to try a range of “have-a-go” taster sessions, staged by Sport Birmingham, in Victoria Square and adjoining New Street. The wide-range of activities will include basketball, boxing, gymnastics, judo, cycling, rugby 7s – and, of course, netball.

Maybe there will be a future star of Birmingham 2022 among the party-goers? This is the perfect time to find out, with everything to win, and nothing to lose, at the fun taster sessions.

The sporting activities will be complemented by a full programme of live arts performances – including Birmingham’s own stars of the Gold Coast handover ceremony.

North Birmingham rapper Lady Sanity and city spoken word poet Amerah Saleh, who both took part in the Games’ closing extravaganza on Sunday, will reprise their performances. Film-maker Daniel Alexander, whose two-minute short about Birmingham was broadcast at the Games, will also be replayed on the big screen.

Sharing the stage with Lady Sanity and Amerah will be an exciting line-up of regional performers including Afro-fusion dance group ACE Dance and Music, Humanhood, MDK Crew B-Boys, Birmingham MC P-Shand, Bollywood dancers from Shiamak Company, award-winning vocal group Sons of Pitches, and teenage singer Kellimarie, from Coventry. DJ G-Z and Hi-Wave, led by music director David Austin Grey, will keep the crowds moving. Dance in its many forms will have a prominent role as Birmingham cements its reputation as the “city of dance” and prepares for the Urban Street Festival that will be part of the 2022 Cultural Programme of the Games.

The organisers have also confirmed that Britain’s Got Talent winner Tokio Myers, and The Voice star and athlete Jazmin Sawyers, will be performing npower’s new version of Jerusalem, Team England’s Official Anthem.

Lord Mayor of Birmingham, Anne Underwood said: “We are delighted to be hosting Homecoming for the stars of the 2018 Games. This exciting free event, in the heart of Birmingham, is a great opportunity to celebrate the UK’s sporting achievements on the Gold Coast and look forward to the Games coming to Birmingham in 2022.

“Birmingham excels at sports and the arts, and we love to party, so Saturday’s homecoming celebration promises to be a great day-out for the whole family.”

The event, compèred by Blue Peter’s Radzi Chinyanganya, will be staged by Culture Central with support from partner Sport Birmingham, and National Governing Bodies of Sport.

Mike Chamberlain, Chief Executive of Sport Birmingham, said: “We will be staging sporting demos with top athletes as well as fun, have-a-go sessions from 17 different sports for members of the public. All the sports featured at Homecoming will be part of the official programme in Birmingham for the 2022 Games.

“You don’t need to be an expert player or competitor to take part. Far from it. All that’s required is enthusiasm. And who knows, maybe we will uncover a future gold medal winner?”

A packed programme of music and dance will run throughout the afternoon to keep the crowds entertained.

Monique Deletant, deputy CEO of Culture Central, said: “We have assembled an outstanding line-up of singers and dancers for Homecoming, including Bollywood performers and artists championing the best of rap, grime and pop.\

“We will once again be celebrating everything that is distinctive about Birmingham’s cultural scene with a focus on dance and music, youth and talent, and featuring the stars of the Handover ceremony.”

The Homecoming party will be delivered by Culture Central, the organisation behind the successful Commonwealth Games Handover and Birmingham Weekender 2017.