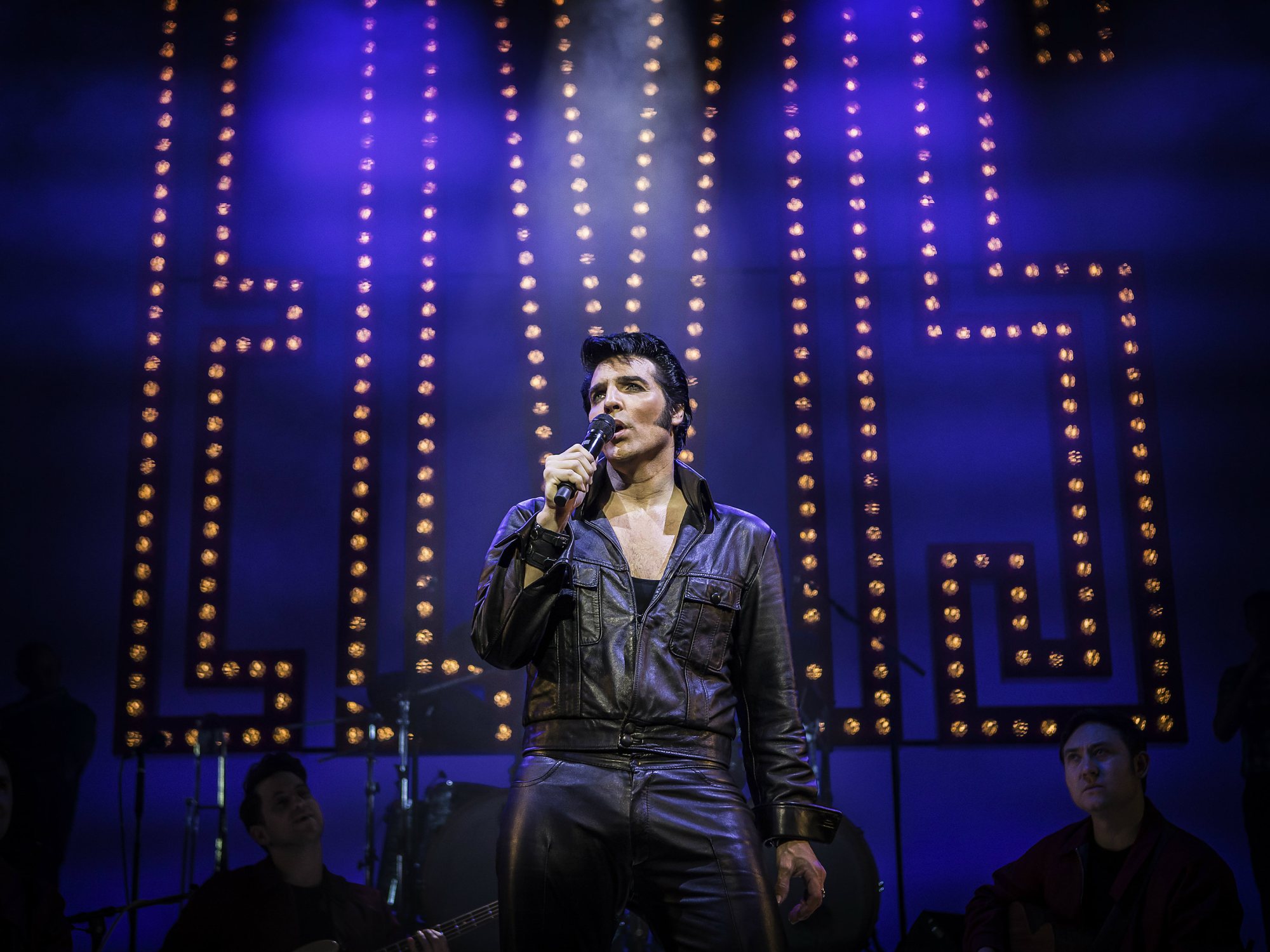 This is Elvis at New Alexandra Theatre

This is Elvis is at New Alexandra Theatre all this week and it really is something special! Not just another jukebox musical, This is Elvis is way more than the sum of its parts.

The first half has a little story and some acting revolving around Elvis (played by Steve Michaels) and his comeback tour in 1968. Act one opens at the NBC studios and Elvis is due on set but has some worries that he is no longer relevant to today’s music scene. Of course he does appear on the show and is a huge hit with the audience.

We then move to his Graceland home where we find out that Elvis’ lack of confidence is partly because his manager, the Colonel, has told Elvis that rock and roll is not here to stay and had persuaded Elvis to do a string of increasingly mediocre musical films, films that the critics had slated.

Act two is set in the International hotel, Las Vegas and the entire second half is an Elvis concert. Wow! What a show.

When act one began with a band on stage, I was looking forward to yet another jukebox musical with some great hit songs, a bit of a story and an Elvis impersonation from a wanna be Elvis tribute act, so when Steve Michaels first walked onto the stage my first reaction was “mmm, he bears a passing resemblance, he’ll do” but then he spoke! What a great accent, what a fantastic voice. The Elvis speaking voice is perfect, and then we hear him sing.

My jaw actually dropped! I was sat in the theatre with my mouth wide open and better still I ended up at an Elvis concert. Somehow last night I had entered the New Alexandra Theatre in 2018 and travelled back in time to 1968 and found myself at the Elvis concert in Las Vegas.

I was totally blown away with my time travel escapades last night. I genuinely feel like I have had the chance to see The King live. But the show would have been nothing without the band which were playing on stage and and equally important part of the night. Alongside guitarists, trumpeters, trombones and the drummer, Elvis is joined by the Sweet Inspirations, his backing singers and dancers. Having musicians live on stage does make for a great show, but last night was even better than a great show.

The sets in act one are barely there with the NBC Studios having a little signage and Graceland just having a painted backdrop. But they are not really noticeable as The King sings and nobody was taking notice of anything else when the likes of Hound Dog, Love Me Tender, All Shook Up and Don’t Be Cruel are being sung.

Act two: Elvis has changed from his black leather outfit to the white jumpsuit to perform over 20 smash hits including Viva Las Vegas, In The Ghetto, Jailhouse Rock, Blue Suede Shoes and Are You Lonesome Tonight. With his band and backing singers the set is just some fabulous lighting.

Steve Michaels absolutely IS Elvis by the end of the Vegas concert. This is no jukebox musical or tribute act, it’s the real deal and if you’re quick, you too can see Elvis at the New Alexandra Theatre until 24th March. Tickets here: atgtickets.com/shows/this-is-elvis/new-alexandra-theatre-birmingham/

I would go to see this again tonight,tomorrow and all this week. Without a doubt the best show I’ve seen so far this year and a must for any Elvis fans.

This isn’t a sponsored post. Julie was invited to see This is Elvis for #BrumHour by New Alexandra Theatre.