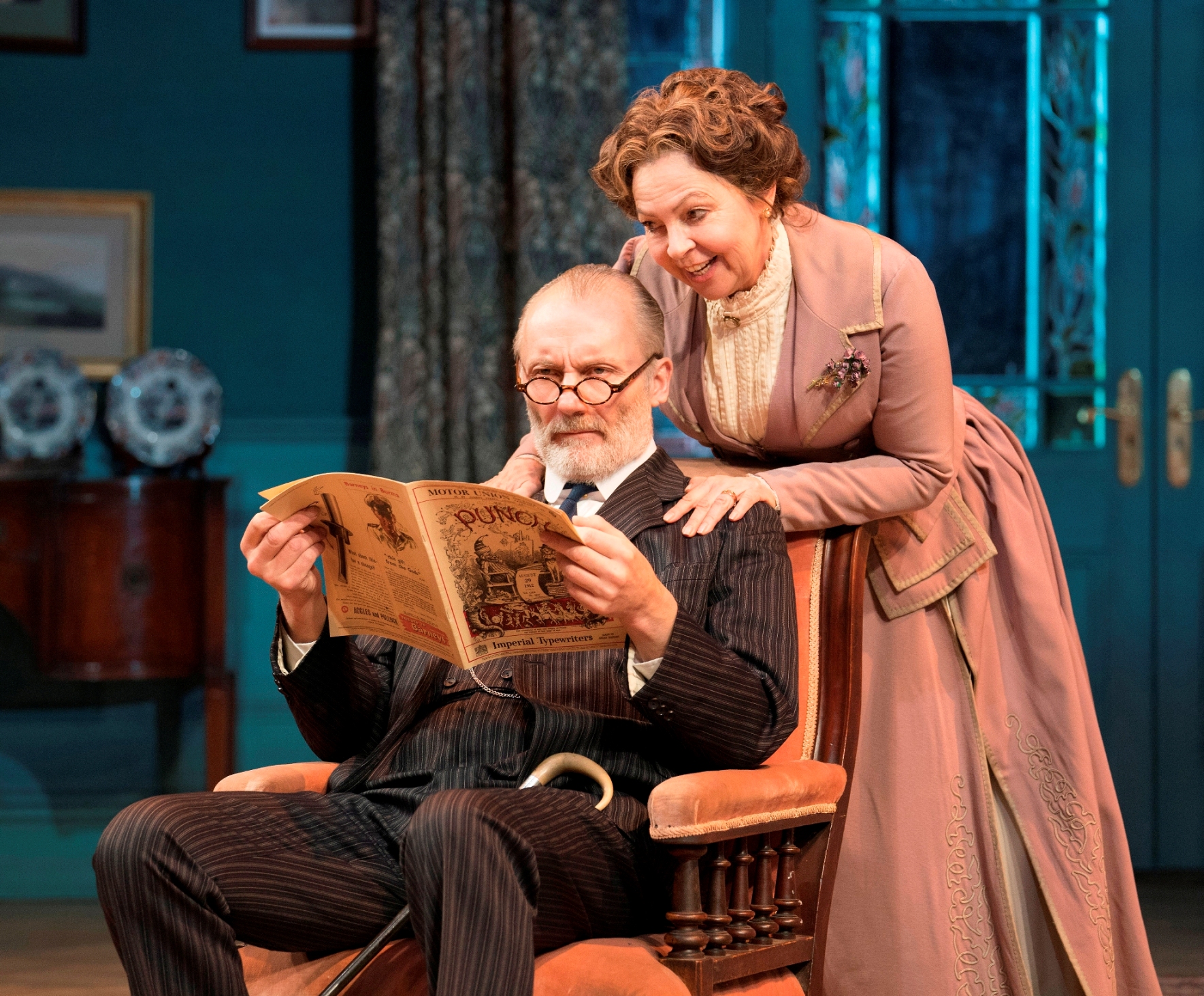 The Winslow Boy at Birmingham Rep

The Winslow Boy, by Terence Rattigan is at Birmingham Repertory Theatre until 3rd March and what an absolutely wonderful play this is!

Based on a true story, it tells the story of Ronnie Winslow who is accused of a crime he swears he did not commit. Based over two years, the court case takes a heavy toll on the entire Winslow family. As they fight for justice, Ronnie’s dad Arthur Winslow’s health deteriorates, sister Catherine watches as her own future disappears, brother Dickie has to change his life too, but will right be done?

The entire play takes place in the drawing room of the Winslow family home. Act one begins when Ronnie Winslow played by Misha Butler arrives Home and is welcomed by the maid Violet played by Soo Drouet. Moments later the rest of the Winslow’s arrive back from Church and Ronnie has run away.

Mum, Grace is played by Tessa Peake-Jones (Grantchester, Only Fools And Horses) and dad Arthur, played by Aden Gillett are warm, loving parents who only want the best for their children. They believe Ronnie when he says he did not do the crime that has seen him expelled from royal naval cadet college. So they hire top barrister sir Robert Morton.

It’s sounds dry but let me assure you that this drama is anything but. Firstly it is very dramatic, with the final moments of act one being draining and very hard going. I felt I had earned my drink as the interval began. It really was a very intense scene and was played out beautifully.

As well as being high drama, we were also treated to a lot of laughs. For such a serious subject, there are enough light hearted moments to relieve the tension.

Although it is set some time shortly before the start of WW1 and Catherine is an active suffragette. It really could be set at any time, everything about this play is still relevant to today and it still has freshness and a vitality that means it has not dated.

Normally when I visit the theatre, I have one or two favourite characters, and sometimes I even have a character that I really don’t care for. Unusually, last night I loved everyone. Each character is warm, real, three dimensional and very believable. Of course I did still have a couple of favourites. Catherine played by Dorothea Myer-Bennett and Arthur Winslow are perfect, both in terms of their stage character and in the casting. Mr Gillett has a great stage presence and wonderful rich voice. He really did brings his character to life.

As well as a fantastic cast playing out a wonderfully gripping drama on a beautiful set, I also appreciated the costumes. For such a gritty story, the outfits really did lend an air of escapism to what could have been a grim telling of real life events.

The Winslow Boy is as far removed from the fluffy musicals I tend to favour as it’s possible to be, it’s not the first drama I’ve seen. it is the best drama I have seen. It was very hard to review without spoilers too. I certainly wouldn’t want to spoil this for anyone going to see it, it is a fantastically gripping show.

The Winslow Boy is at Birmingham Rep until 3rd March. Tickets are available here: birmingham-rep.co.uk/whats-on/the-winslow-boy.html

This isn’t a sponsored post. Julie was invited to see The Winslow Boy on behalf of #BrumHour by Birmingham Rep.