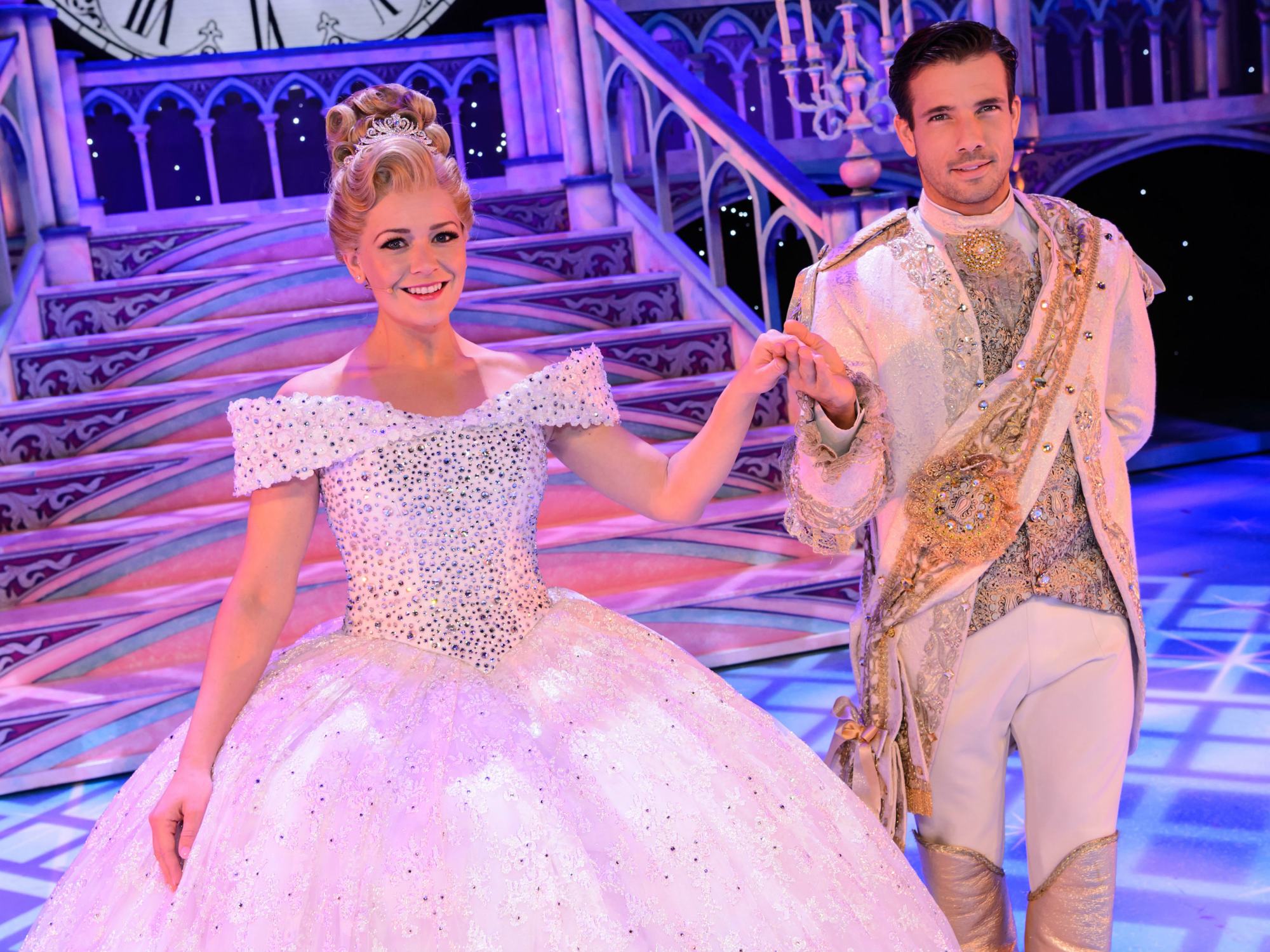 According to the Birmingham Hippodrome theatre programme, Cinderella has been performed over 10 ten times since 1961 and it’s certainly one of the biggest pantos in the country, and if you don’t include arenas, it is the BIGGEST THEATRE PANTO in the UK. There’s soo much to love about this huge show. Singing, dancing, comedy and getting the audience involved.

Compared to other pantomimes. there’s not a lot of plot to the story of Cinderella: A downtrodden girl Cinderella (Suzanne Shaw) lives with her two mean stepsisters Voluptua (Ceri Dupree) and Verruca (David Dale) and her best friend is Buttons, (Brum Panto Regular Matt Slack is back for a fifth year). They hear that Prince Charming, (Danny Mac) is hosting a ball and the three sisters all want invites. However the Prince wants to know what a less regal life is like and swaps places with his very loyal manservant Dandini (Gary Watson).

Cinderella’s stepsisters make her tear up her own invite to the ball, but a Fairy Godmother appears (Beverley Knight) to make things all better. In this version, we have the broker’s men (The Grumbleweeds) who have come to chase financial debts that the stepsisters have found themselves in.

Beverley Knight‘s huge vocals and her local accent provide the local, yet international talent, she is very comfortable, and natural as the fairy godmother, despite this being her first ever panto!

Danny Mac and Suzanne Shaw sing and dance effortlessly, providing the show with a solid platform for the others to run round. Even when Danny Mac is challenged to a dance off by Matt Slack.

Matt Slack is the audiences firm favourite and seeing him warmly disrupt the others on stage is amusing. A couple of moments where he drops out of character to use the actors real names are particularly made me smile.

I didn’t know what to think when I saw The Grumbleweeds on the list! Original Grumbleweed Robin Colvill is now joined by James Brandon, There’s a proper air of old northern humour with Robin who these days reminds me of Bill Owen from Last of the Summer Wine! James gets a duet with Beverley Knight and manages to hold his own with the vocals next to her while Robin provides a bit of old school slapstick. I could hear lots of kids laughing at Robin’s humour which can’t be a bad thing at all.

The stepsisters Keri Dupree and David Dale have soo many outfit changes that its a wonder they make it on stage each time. Some of the humour is a bit direct for a full on family show, but it really depends on the kids you are taking and what you are happy for them to hear about. Their costumes are great and their humour is pretty funny.

I’d have liked to have seen more of Gary Watson in the 2nd half as Dandini as he doesn’t get an awful lot to do after welcoming the guests to the ball.

I normally get to see the Brum Panto in the 2nd week of January so its pretty strange for me to see it before Christmas when its soo early in its run. I can’t help but wonder what jokes will be there on the 28th January.

A word of warning, you will need a rain hat in the 2nd half!

See how they create the magic of transforming the theatre with this Cinderella time-lapse below:

Massive thanks to Birmingham Hippodrome and Qdos Entertainment for inviting myself and my plus one to Cinderella, I was treated to cupcakes and drinks on arrival and wasn’t expected to say nice things in exchange for my tickets. This isn’t a sponsored post.

Find out more about Qdos Entertainment at pantomime.com