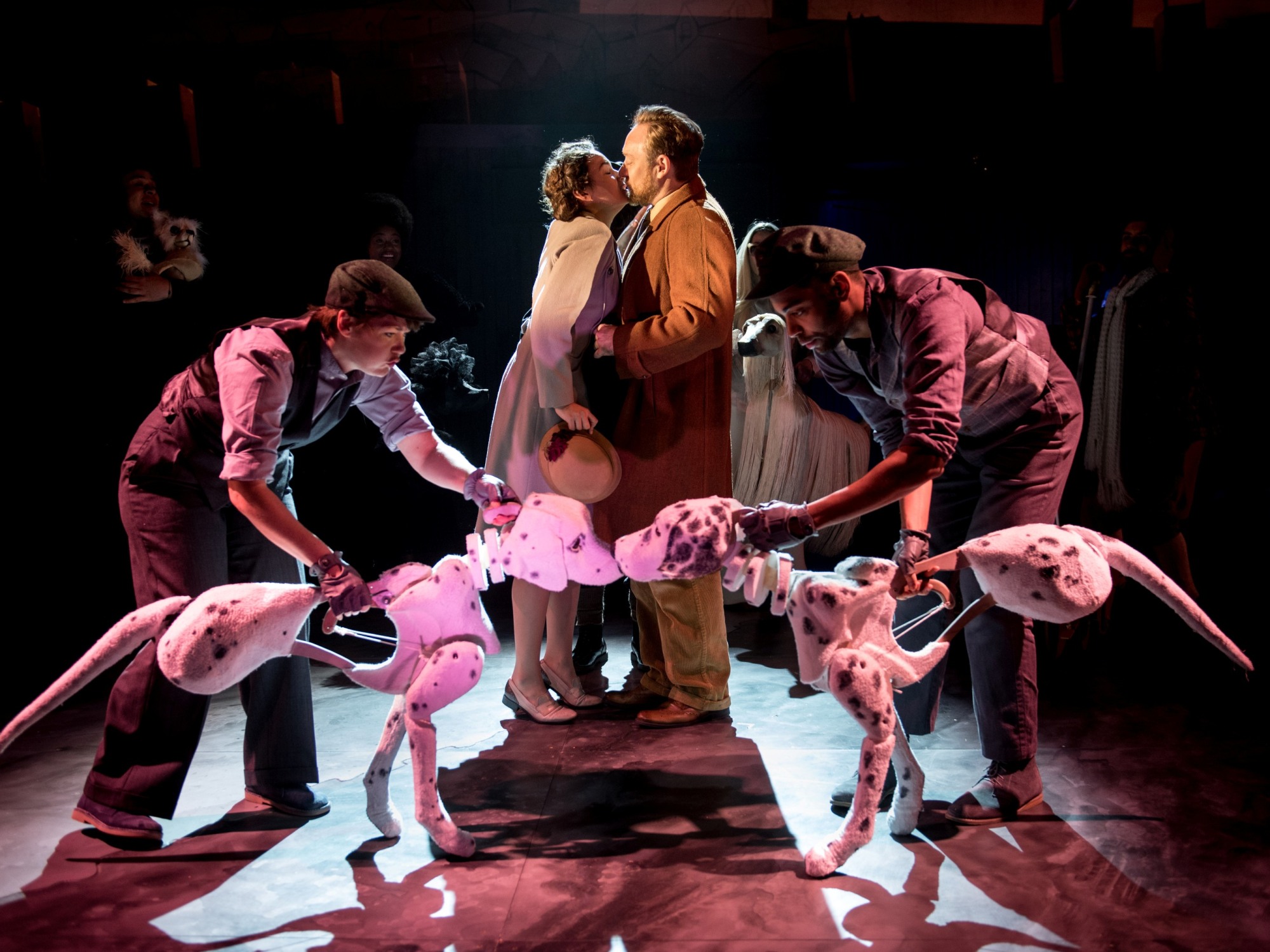 The Hundred and One Dalmatians at Birmingham Rep

Birmingham Repertory Theatre is well known for its Christmas productions and having seen several over the years, I was more than excited to be invited to The Hundred and One Dalmatians which is based on the book by Dodie Smith and in part based on the 101 Dalmatians Disney film.

Mr Dearly – Morgan Philpott and Mrs Dearly – Nadi Kemp-Sayfi discover that their two Dalmatians, Pongo (handled by Oliver Wellington) and Missis (Handled by Emma Thornett) are to become doggie parents. However Mrs Dearly’s old school “friend”, the fur loving Cruella de Vil – Gloria Onitiri and will pretty much stop at nothing to get her husband Horace de Vil – Jo Servi to purchase as many puppies as possible.

This is an adorable production mainly in part to the puppets representing the dogs and cats on stage. It takes a great skill and flexibility to manage these puppets and deliver their voices and the physical puppeteers do this with ease.

It seems strange to talk about the set design straight away but its a huge single set that doubles as many different locations, with the rear of the set representing country roads and city streets, miniature cars, bikes and vans make there way around the set and the band (not orchestra) the band have their own “room” on the right hand side.

I was lucky enough to visit Birmingham Rep last month for #LoveTheatreDay and it was great seeing how the actors workshop their scenes, the puppeteers get to know their own characters and they utilise the space around them. So seeing everything pulled together into this one big production is fantastic.

I really enjoyed hearing how the younger audience members reacted to the puppets as well as the songs in this show adapted by “Nativity’s” Debbie Isitt and Directed by Birmingham Rep’s own Tessa Walker.

Big shoutout to Lewis Griffin and Luke Murphy who play Jasper and Saul, the Baddun’s providing some very light hearted moments considering the seriousness of their discussions.

The whole of the theatre is used and not just the stage to add even more depth to the performances and I left feeling very seasonal.

Well worth treating kids to see this if you can. The Hundred and One Dalmatians runs at Birmingham Rep until 13th January 2018 and you can buy tickets here: birmingham-rep.co.uk/whats-on/the-hundred-and-one-dalmatians

This isn’t a sponsored post. #BrumHour was invited by Birmingham Rep to see The Hundred and One Dalmatians.