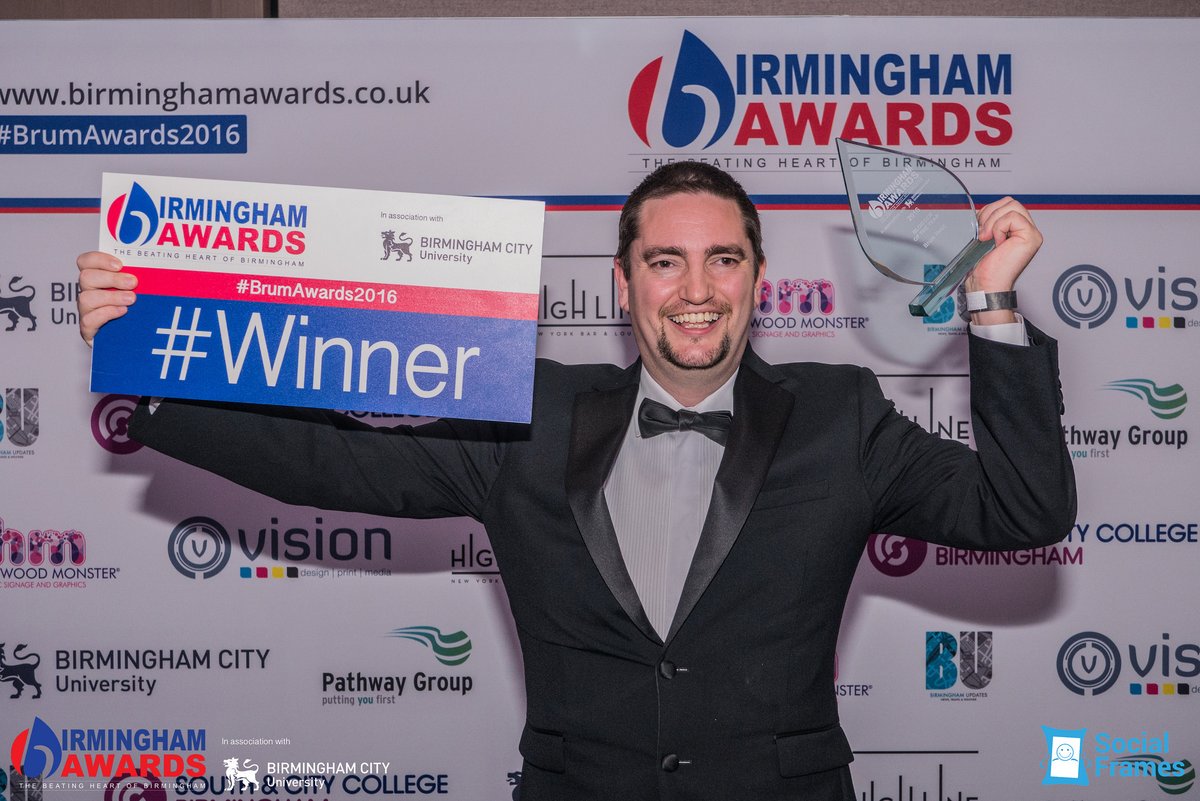 This week, I was delighted to discover that #BrumHour has been selected as a finalist for the 2017 Birmingham Awards. #BrumHour is a finalist in the Best use of Social Media or Marketing Campaign 2017 category.

One of the key things that makes #BrumHour what it is, is the passion and enthusiasm that businesses, freelancers, and charities share along with their content, to help grow #BrumHour on a Sunday night. Retweeting, creating original content and speaking online via twitter to some very different types of business is what makes this network so lovely to share.

Voting begins on Friday 25th August and runs until Monday 8th September. The Birmingham Awards themselves are presented on Saturday 7th October at Edgbaston Stadium on the edge of Birmingham city centre.

In 2016, this #BrumHour blog won Blog of the Year at the Birmingham Awards and I’m really proud that this is followed up by a 2017 nomination in Best use of Social Media category.

I set #BrumHour up in December 2013 as a personal way to demonstrate my own twitter skills and show that I was as confident at using social media as the actual professionals. Now, nearly four years later, being nominated and selected as a finalist on the short list is great, as it solidifies the work #BrumHour does to help create networking growth in Birmingham.

I saw the potential for businesses and individuals to use twitter to share their personal passion or brand creations across the city without directly selling a product or a service. While some people do try to sell on #BrumHour the best engagement comes from demonstrating great personal customer service.

#BrumHour is in good company for the category of Best use of Social Media or Marketing Campaign and will compete for the title on the night with Coffin Works, Sherwani King and Soup to Nuts.

Best of luck to everyone who is a finalist in the 2017 Birmingham Awards. You can see the full shortlist here: birminghamawards.co.uk/birmingham-awards-2017-shortlist-finally.

And please take a moment to vote for #BrumHour from Friday 25th August here: birminghamawards.co.uk/voting