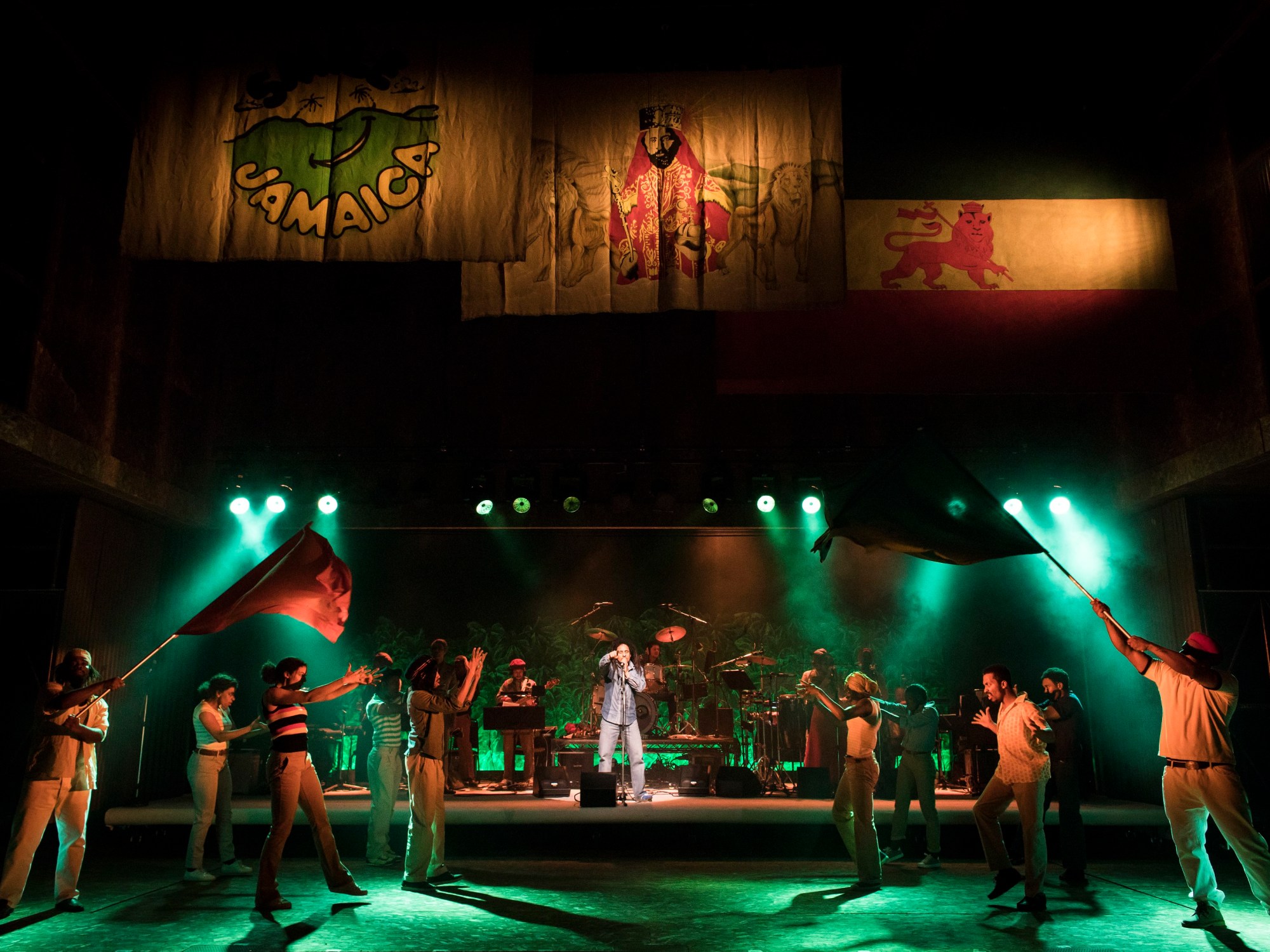 One Love: The Bob Marley Musical at Birmingham Rep

Growing up in Birmingham in the 80s meant that Bob Marley’s music was around me fairly often and the year I left school (1992) Iron Lion Zion was a top five UK single so it felt strange to realise I knew nothing of the life of Bob Marley. I knew he was a Jamaican Rastafarian who had spent time in the UK. But beyond that I knew very little.

One Love: The Bob Marley Musical is at Birmingham Rep until 15th April.

Bob Marley on the face of it is, is a man with a love for music, women, Jamaica and Africa. We see a man who is full of music with political undertones as well as smoothly singing about love.

This show was jam-packed with his music and the layout of the set meant there was a blurred line between where the audience begins and the stage ends. Some actors arrive on set using the corridors the audience entered the theatre in. Videos play out on the walls and light the set in a very creative way. It switches swiftly from house to club to studio and been Jamaica, London and Ethiopia with little stress.

Mitchell Brunings plays Bob Marley with sympathy and honesty and his vocals as Bob Marley are great! Alexia Khadime is Bob’s wife Rita who goes from being happy and protective in the first half to distant and unwanted in the second half.

As the play/musical moves forward we see Bob meet Chris Blackwell (Alex Robertson) the founder of Island Records. After an attempt on his life in Jamaica, Bob has a temporary self exile in London.

There’s a lot to enjoy about this musical and you can’t fail to be entertained by the music and passion of the actors on stage.

Well worth seeing, this production of One Love is at Birmingham Rep until 15th April. Tickets here: birmingham-rep.co.uk/whats-on/one-love-the-bob-marley-musical.html

#BrumHour  was invited to see One Love: The Bob Marley Musical at Birmingham Rep and this is my honest view. This is not a sponsored post.