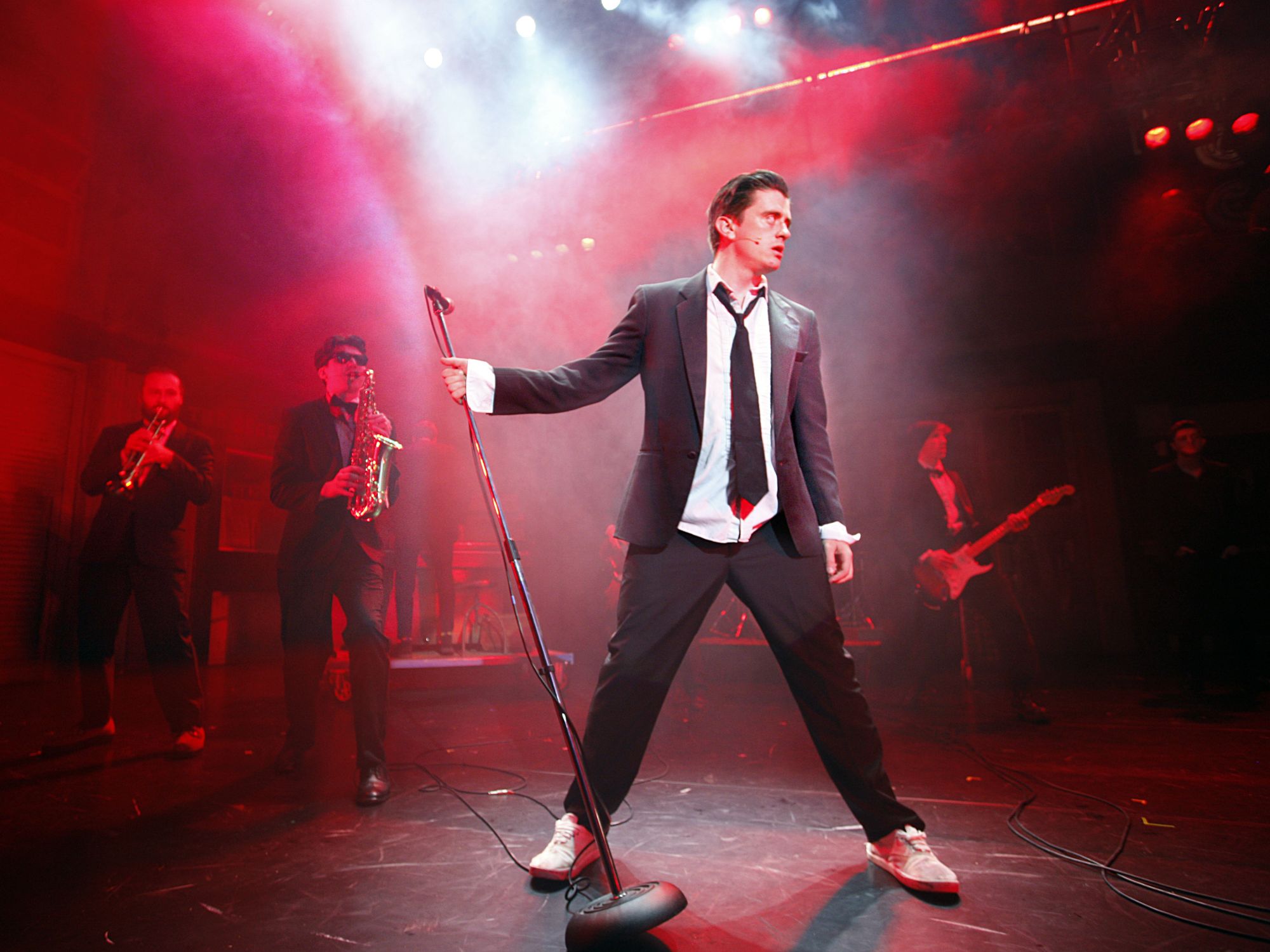 The Commitments at New Alexandra Theatre

Roddy Doyle’s The Commitments is at New Alexandra theatre until Saturday 18th March and it’s no surprise that tickets are selling fast. This contemporary classic which was the hit film of 1991 and has been a smash in the West End is awesome!

So much energy on one stage is an absolute delight to experience. The story, should you not know is that of Jimmy Rabbitte Andrew Linnie and the Soul band he forms and the trials and tribulations of the band, but mostly The Commitments are singing. There is a lot of singing in this production. A lot. Including Mustang Sally, River deep Mountain High, Signed, Sealed, Delivered and Try a Little Tenderness.

All beautifully performed by Deco Brian Gilligan and the backing singers known as The Commitmentettes, Natalie Amy Penston, Imelda Leah Penston and Bernie Christina Tedders these four singers have some serious tubes on them and pack a powerful punch with their song delivery.

Add to the stage, two drummers, a saxophonist, guitarists and Joey the lips Alex McMorran who also arrives on his moped to complete the band and you are in for a fantastic night of foot tapping, laugh out loud entertainment. Although the language is a little colourful in places so perhaps not suitable as family entertainment if you are liable to be offended.

With more scene changes than you can shake a stick at, the stage goes from a rowdy bar to the Rabbitte’s lounge to Jimmy’s bedroom to a street scene in a matter of minutes and the set changes never distract from the story.

The lighting is perfect for every mood thanks to Jon Clark and the choreography by Denise Ranger and Caroline Jay Ranger is also fantastic. My only very slight gripe was just one of the actors struggled with his Irish accent, but with a lot of the cast being from Dublin it was for the most perfect.

This has been my favourite New Alexandra Theatre show trip of 2017 and if you can still get tickets I’m certain you will not be disappointed. The show ended with a melody of soul hits and had the audience up on their feet. I love a good big finish and what better way than dancing in the aisles. So go and enjoy, it is bound to bring a smile to your lips The Commitments truly is good for your soul.

Julie was invited to see the Commitments by New Alexandra Theatre for #BrumHour this is her honest view.