Spooky goings on at Ghost: The Musical

Ghost the musical is showing at New Alexandra Theatre in Birmingham for this week, with music and lyrics by Dave Stewart (Eurythmics) and music producer Glenn Ballad. Starring Sarah Harding (Girls Aloud) as Molly and Andy Moss (Rhys, Hollyoaks) as Sam.

I believe the film is well known enough to warrant a very short story synopsis. Sam and Molly are in love. Sam is murdered, his ghost returns to let Molly know who murdered him via the dodgy psychic Oda Mae. 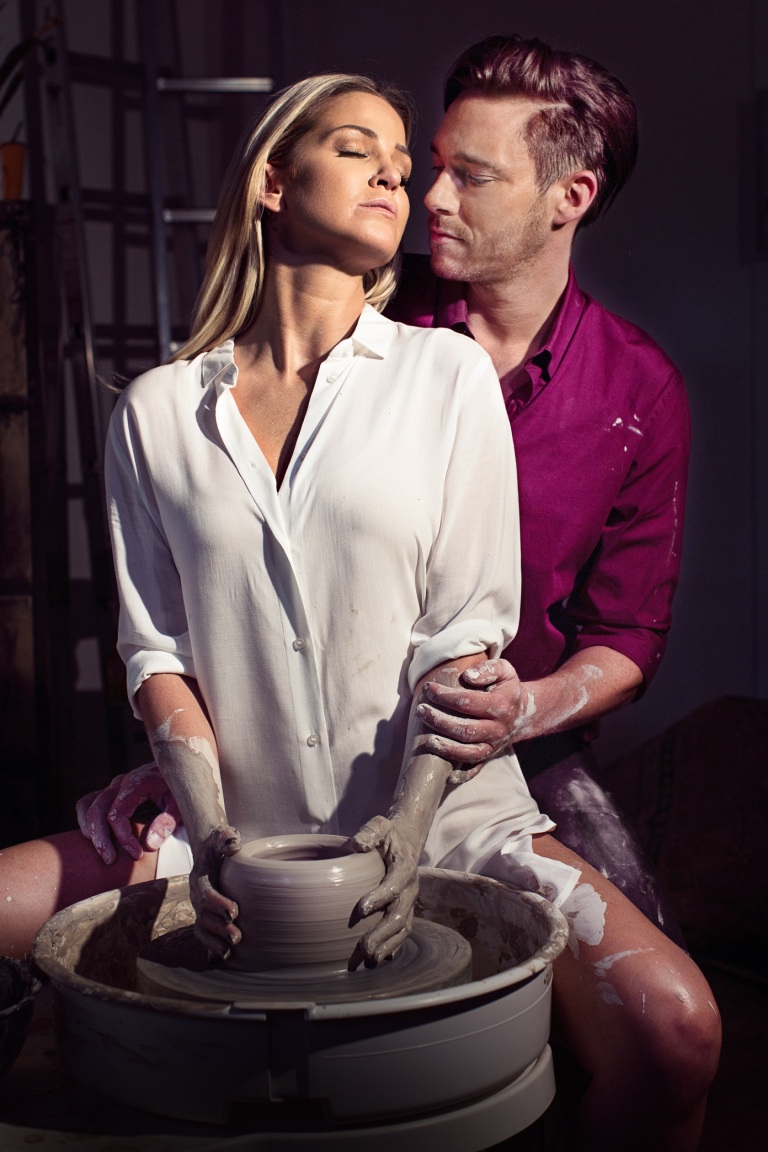 This live production is very true to the film and as such there are some really good special effects thanks to Richard Pinner (magic circle, stage magician of the year 2014) in fact some of the illusions are real WOW moments and we both turned to each other and said “I didn’t see how they did that”

I loved the set and costumes designed by Mark Bailey, but poor Miss Harding must have spent all of her time off stage changing her costume, she did have a lot of outfit changes. For anyone who is a massive Sarah Harding fan you even get to see her strip down to her bra in one steamy scene.

Gary Lee Netley as the subway ghost is absolutely wonderful, confident and dominating the stage for each of his scenes, for someone with such a small acting cv I was blown away by this guy. He is definitely doing a great job but the real superstar of Ghost the musical was, as in the film, Oda Mae the psychic. 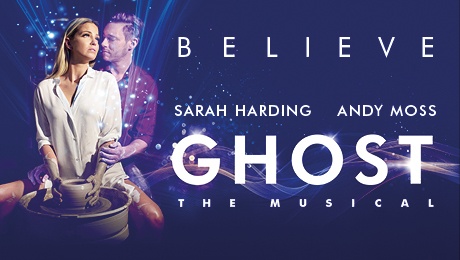 Jacqui Dubois as Oda Mae is an absolute show stealer, she is funny, her timing is spot on, her huge voice is perfect for musical theatre, her acting is professional and perfect. Safe to say I loved every moment she was on stage. She definitely has all the best lines and got all the laughs. James Earl Adair as the hospital ghost is also a great actor who deserves a mention in this review too, another great actor but he only had a small part.

I loved Ghost the movie and I did wonder how Ghost the musical would measure up, the story was really good so for anyone who loves the film the stage play does do it justice.

So thank you once again to the New Alexandra theatre for another great night out. I enjoyed a glass of delicious red wine and some rather nice strawberry and clotted cream ice cream, the New Alexandra are always wonderful hosts.

Julie was invited to see Ghost: The Musical for BrumHour thanks to New Alexandra Theatre. I presume she’s afraid of the dark, she looks the sort.