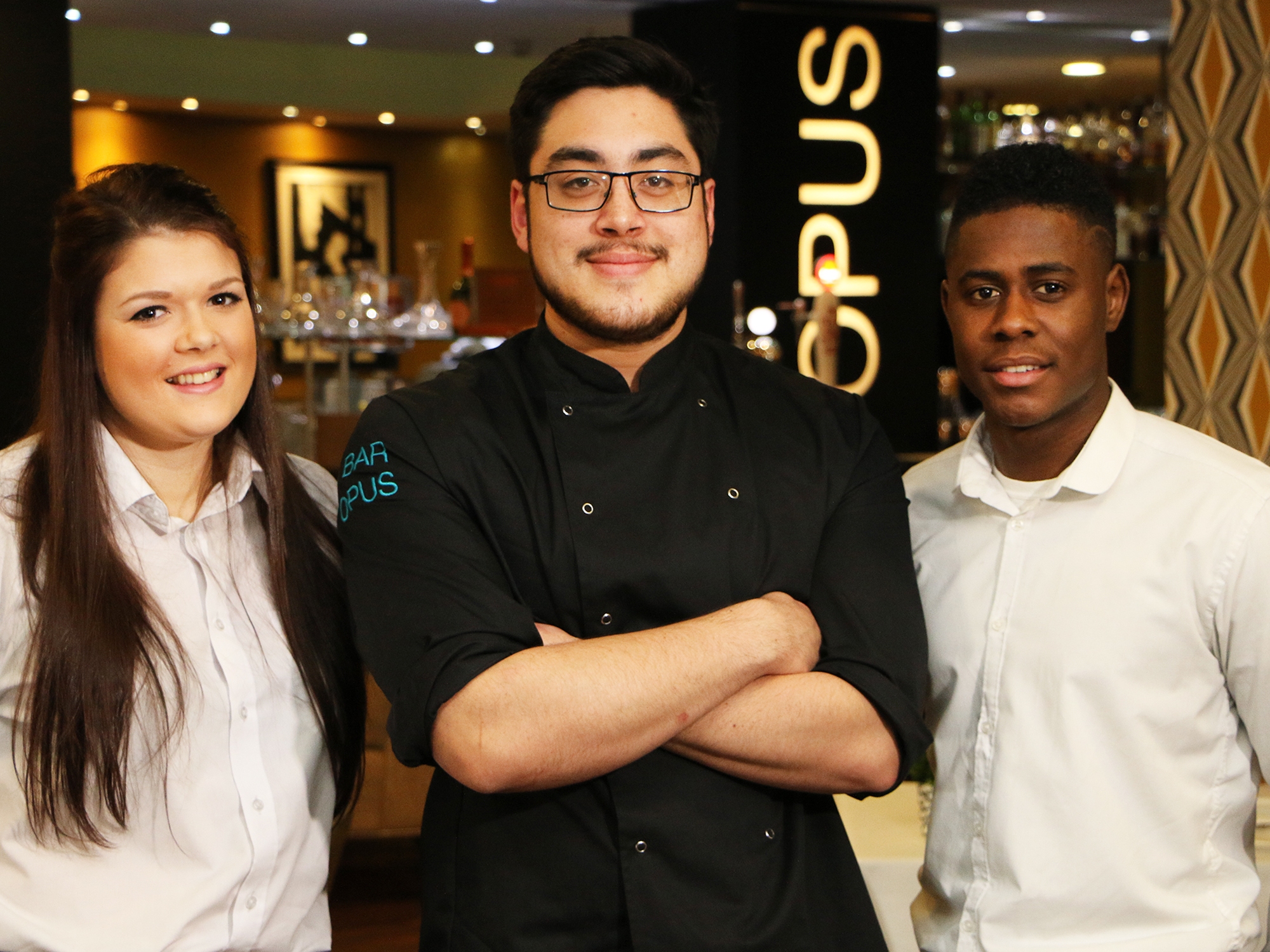 via Sian for Opus at Cornwall Street

Three talented hospitality professionals from city-centre restaurant Opus at Cornwall Street, have been selected as semi-finalists for the prestigious Royal Academy of Culinary Arts Annual Awards of Excellence.

The awards, which are designed to recognise the UK’s most talented young people within hospitality, will see Opus front of house staff Dorenzo Pratt and Iona Adams, as well as chef de partie Martin Baylis, the only kitchen staff in the Midlands to be named as a semi-finalist, complete a series of exams, interviews and technical tasks this month in an attempt to achieve the industry’s most reputable award.

The gifted trio reached the semi-finals after demonstrating exceptional knowledge and an enthusiastic attitude through an application process. During the finals, Dorenzo, who has been working at Opus for two years after starting as a part-time student from University College Birmingham, and Iona, who has been at Opus since January 2016, will partake in a written exam and rigorous interview on Opus’ food and wine menus in order to receive the esteemed service award. Martin, who has been working for Opus for one year, will have two hours to prepare squid, salt baked whole sea bass, a rack of lamb and an apple tart, as well as complete a theory test and demonstrate basic kitchen skills to receive the kitchen award.

Irene Allan, director at Opus at Cornwall Street, said: “We’re very committed to developing our front of house and kitchen teams, so having three members reach the finals for the Royal Academy of Culinary Arts Annual Awards is a tremendous achievement. We’re incredibly proud of Dorenzo, Iona and Martin and are thrilled that their talents and sector knowledge has been recognised. Not only will the award be a huge achievement for our staff personally, but it will also be an achievement for Birmingham’s growing culinary scene.

“There are only two restaurants locally with staff in the short-list, ourselves and our neighbours Purnell’s Restaurant, so we’d also like to wish Bradley Pace from there the best of luck too.”

The Royal Academy of Culinary Arts Annual Awards of Excellence is an examination and not a competition. All or none of those that reach the final can achieve the award depending on their ability to attain the standard of excellence set by the judges.

Dorenzo and Iona took part in the service finals on Saturday 19th March at The Ritz in London. Martin will take part in the kitchen finals on Wednesday 30th March at University College Birmingham.