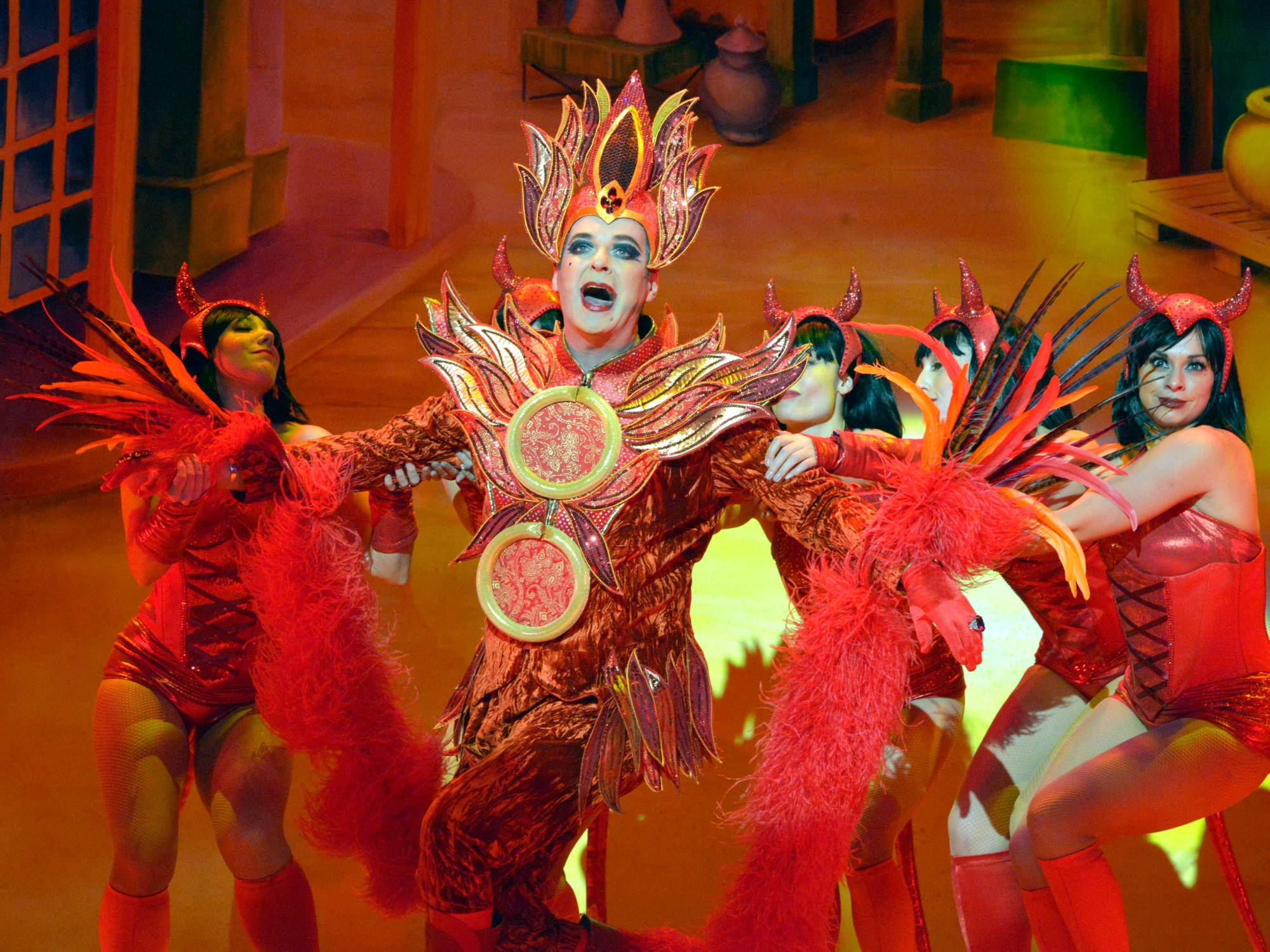 Ryan and Viv were invited to see Aladdin for BrumHour by Birmingham Hippodrome.

Theatre review by Ryan and Viv Parish aka Brummie Gourmand

Though the weather outside was frightful, the panto was quite delightful.

Birmingham Hippodrome is well known for putting on the greatest show every Christmas, this year’s Aladdin promised to be one of the best yet.

When we arrived for the performance, Chief Executive Fiona Allen, talked us through the history of panto at the Hippodrome, starting back in the 1960s. Fiona also mentioned highlights to come in 2016, including the International Dance Festival and next year’s Dick Whittington (featuring the return of Matt Slack for his fourth consecutive year).

Though it’s the seventh time that Aladdin has visited Birmingham Hippodrome, this version promised to be something special. With an all-star cast, panto newcomer Marti Pellow as Abanazar, Julian Clary as The Spirit of the Ring, Any Dream Will Do winner Lee Mead as Aladdin and for his third consecutive year at the Hippodrome, comedian/singer/actor Matt Slack.

They were ably supported by a cast including variety and panto regular Andrew Ryan as Widow Twankey and theatre veterans, Emily Shaw as Princess Jasmine, and Landi Oshinowo as the Empress.

The set pieces were stunning and the sparkly backgrounds and surrounds blended well with the glory of the theatre. The animatronics and special effects gave the show a real premium feel.

The show started with a bang! Marti Pellow launched into the opening number along to impressive pyrotechnics. You won’t be making a monkey out of him! Then it was straight into the next number with The Empress’ powerful voice and a ‘beary’ good dance number with a great routine by the ensemble.

The first act was the longer of the two and ended with the reveal of the Genie (with a recognisable panto veteran sounding voice). And an astounding flying carpet sequence.

The second act, though shorter, was no less amazing featuring great acrobatics in a scene  reminiscent of vaudeville. With a spectacular (and slightly scary) 3D bit.

Lee Mead and Emily Shaw performed well, both in fine voice and played off each other as the romantic couple.

Matt Slack, Panto Insider’s best comedian of the 2014/2015 season, arrived on stage to a rapturous applause. He gave his trademark patter to the delight of the audience from start to finish.

Marti Pellow was in fine singing voice and solid acting, though he had a few slips of character (making his villain loveable). It’s hard to believe this is his first panto, having been a West End veteran. Marti even scored two original numbers for the production.

Of course, Julian Clary stole the show.  From his spectacular entrance to his polished finish, the campy fun kept coming!  He was perfectly cast as The Spirit of the Ring and each costume change (a new one for every scene) was even more sparkly and glamorous than the last. 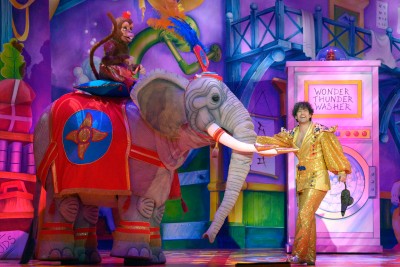 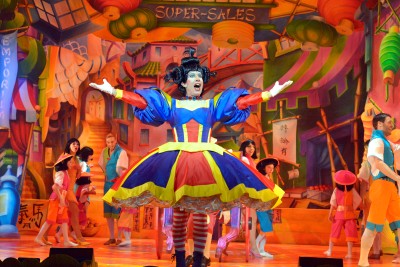 It was a fantastic experience. It’s not surprising that the Hippodrome are expecting over 100,000 guests through their doors until the panto finishes at the end of January.

There’s enough to keep the children mesmerised throughout and grown-ups will not be short of a laugh or two either.

If you are a fan of theatre, good old fashioned seaside humour and a good song and dance, book as soon as you can! It looks to be another record breaker for the Hippodrome.

One thought on “Review: Aladdin at Birmingham Hippodrome”