via Lina for Retail Birmingham

Birmingham’s shopping profile is set to be raised even further this festive period as Retail Birmingham reveals its Shopping in Birmingham Christmas campaign.

As the only city outside of London to boast a John Lewis, Selfridges, House of Fraser, Harvey Nichols and Debenhams all within a five minutes’ walk of each other, plus a host of flagship stores and independents, the campaign will highlight the city’s impressive retail offer and its status as a leading destination for Christmas shopping.

Retail Birmingham will also be working with the Birmingham Community Gospel Choir who will be providing the soundtrack to the campaign. Voted BBC Songs of Praise Gospel Choir of the Year 2015, the choir will perform 1990 hit song All Together Now to reflect Birmingham’s extensive Christmas retail offer now being all together within walking distance of each other.

The track was recorded at the illustrious Highbury Studios in Kings Heath, which has recorded albums for Duran Duran and Ocean Colour Scene.

Choir director, Maxine Brooks, who has worked with the likes of UB40, Cliff Richard, Soul 2 Soul and Mica Paris, said: “After our BBC Songs of Praise win, we were delighted to be asked to represent our own city again in Retail Birmingham’s Christmas campaign. This campaign is all about promoting the greatness of our city, which is something the choir is extremely passionate about.”

Steve Hewlett, BID Manager at Retail Birmingham, said: “The Christmas period is one of the most important times of the year for retailers so we wanted a campaign that would support that and position Birmingham city centre as the first choice for Christmas shopping.

“It’s been great to have the involvement of Birmingham advocates like Adil Ray and the Birmingham Community Gospel Choir as they have really helped bring the campaign to life.

“The major retail developments in Birmingham this year have positioned the city as a first choice shopping destination and our campaign aims to encourage shoppers to visit Birmingham and enjoy the big names, department stores, independents and food and drink outlets that it has to offer.” 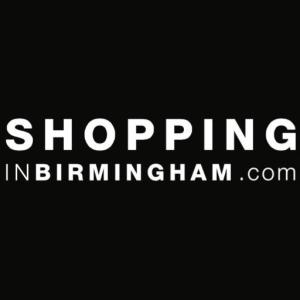