Via Lina for Millennium Point

Eastside’s Millennium Point is showing its support to independent food and drink retailers, as this year’s Birmingham Independent Food Fair is back for the second year running.

Organised by local food guide, Dine Birmingham, and supported by Visit Birmingham, the food fair has been extended to two days, running from Saturday 12th to Sunday 13th September at Millennium Point and Eastside Park. 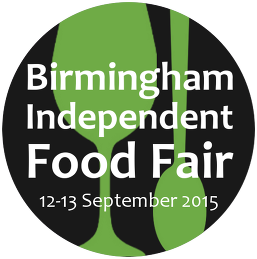 The fair will feature over 40 local independent food and drink businesses, from restaurants to street food traders and drink merchants, and will provide a platform for local SMEs and entrepreneurs to showcase their work.

Neil Anderson, director of marketing, communications and events at Millennium Point, said: “We’re delighted to be holding the Birmingham Independent Food Fair for another year. We believe it is important to support local businesses, and with the growing diversity of food, drink and street food offering in Birmingham, the event looks set to satisfy everyone’s taste.”

This year’s food offering includes Wrapchic, who will be serving classic Mexican burritos with a South Asian twist. (BrumHour tried Wrapchic here.) Amantia, a family-run Spanish tapas restaurant will be making an appearance across the weekend, and The Penang Laksa Co, a new Malaysian street food concept will be rustling up a selection of hot dishes, including Malaysian BBQ satays.

For refreshments, guests can enjoy Millennium Point’s own Six Eight Kafé, who will be serving a range of coffees. Loki Wine will also be hosting a series of wine tasting master classes. A familiar face from last year’s event, BAKE is back with even more creative cupcakes and goodies.

An outdoor Craft Beer Bar by Cellar Door Drinks will showcase brews from the Midlands and beyond, with Purity, Thornbridge, Oakham Ales and Walsall’s Backyard Brewhouse all represented. This will sit alongside the Gin Garden, where a series of different gins will be available to enjoy.

Visitors will also be able to book into a series of drinks tasting sessions, for a more in-depth exploration of whisky, craft beer and gin.

Ahmed Ahmed, organiser of the fair and creator of Dine Birmingham, added: “This festival is about celebrating and supporting the local food heroes of the Birmingham area. That’s what makes this fair different – it’s a true taste of Birmingham.

“We’re so happy with the public response, and Millennium Point provides the perfect venue for us to host such a large scale event both in and outdoors. We hope that everyone comes along and gets a taste of Birmingham’s fantastic independent food and drink offering.”

Along with live music from local artists, visitors can expect to enjoy a lively street party atmosphere whilst trying and buying their favourite foods. For a full list of food on offer, please visit: dinebirmingham.co.uk/news/birmingham-independent-food-fair-trader-signed-up-so-far