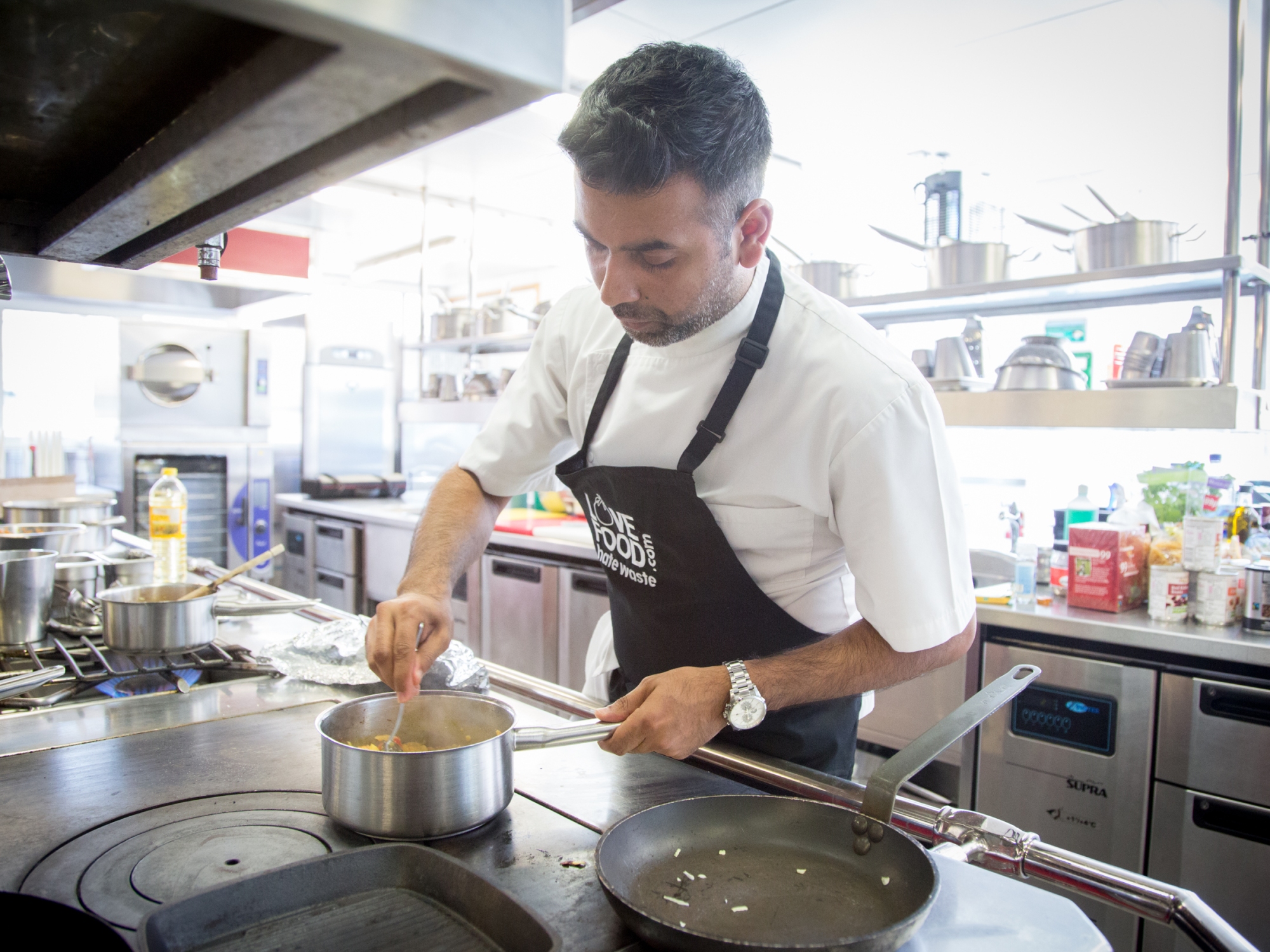 Food waste in Birmingham: What are businesses doing?

When it comes to food, these days our beloved Brum is pretty high up there. The city’s got four, yes four, Michelin starred restaurants now. There are more than 300 places to eat in the city centre alone, according to Visit Birmingham. It was declared Britain’s “foodiest town” by Olive magazine in 2011. And the following year – the icing on the cake – it’s foodie reputation helped earn Birmingham a spot in the New York Times ‘45 Places to Go in 2012’ list. The newspaper highlighted not only the city’s Michelin–starred restaurants, but Birmingham’s Balti Triangle, and its culinary heritage.

These days, it seems like there’s a new restaurant, bar or eaterie opening every week. There are food festivals, regular events, street food sessions. You name it, if it’s food-related, Birmingham has probably got it.

But, as the old adage goes, with great power comes great responsibility. If Birmingham is leading the way in the food industry, what’s it doing to lead the way in everything that goes with that? What are we doing in Brum to make sure that while ‘kicking ass’ when it comes to all the shiny new openings and fancy food, we’re doing the same when it comes to keeping that sustainable? Or are we seeking success in the world of food with no regard to the consequences?

Food waste is no joke. I’ve previously written on my own blog eatwithellen.com/2015/04/the-tragedy-of-global-food-waste about the problem of global food waste. The long and the short of it is, a third of the food produced for human consumption in the world is wasted. And that’s while nearly a billion people are starving. Put simply, while we’re busy enjoying as many different cuisines as we can, and marvelling at how diverse food is these days, we’re chucking a huge amount of it away. Not just fast food joints, but restaurants, public organisations, schools and of course – our households.

According to the Birmingham Food Council birminghamfoodcouncil.org/what-is-birmingham-doing-to-address-food-waste, based on its population, Birmingham accounts for approximately 1.5% of the UK’s waste – about 80,000 tonnes a year. Using data from WRAP (the Waste & Resources Action Programme wrap.org.uk), an organisation that works with governments, businesses and communities to tackle sustainability and waste, they found it works out at about 65,000 tonnes of avoidable food waste from households in the city, just over 10,000 tonnes of avoidable food waste from the hospitality and food service sector, like restaurants schools hospitals etc; and just over 5,000 tonnes of food waste from the grocery sector. That’s quite a lot of waste.

The good news is that yes, Birmingham’s on it. It isn’t all Michelin stars and swanky openings. Behind the scenes, there’s a fair bit going on to tackle the less savoury (no pun intended) side of the food industry, not just from charities and organisations like WRAP, but from some of the city’s big names too.

Just last month, two of Birmingham’s top chefs – Luke Tipping from Simpsons, and Lasan’s Aktar Islam – lent their weight to efforts to reduce waste by taking part in a ‘Taste it Don’t Waste it’ event. The event, which saw the pair battle it out to create recipes from ingredients typically thrown away by Birmingham households, was aimed to raise awareness of how families can save up to £700 a year by preventing food waste.

It was part of a two-year campaign running in 10 cities by Love Food Hate Waste lovefoodhatewaste.com, part of WRAP, which aims to raise awareness of the need to reduce food waste, especially by finding practical ways to waste less food. Since Love Food Hate Waste was launched in 2007, avoidable food and drink waste in the UK has reduced by 21% – saving consumers £3.3bn a year.

This event wasn’t a one-off – it was part of an ongoing commitment by Birmingham to tackle this issue. The city is part of the Love Food Hate Waste 10 Cities campaign, which aims to help the city focus on fighting food waste from 2014-2016 by changing people’s kitchen habits. There were events throughout June in Brum, where Love Food Hate Waste, part of WRAP, worked with Central England Co-operative and Birmingham City Council to spread the message.

For Luke Tipping, chef director at Simpsons, reducing food waste is something he pays attention to – at work and at home. He said: “I’m very aware of the environmental impacts of waste, whether it be food waste, food packaging or food miles. We try to keep waste minimal and buy local where possible. At Simpsons we keep orders from suppliers low. We know how many people are visiting each day and with my experience I have an idea of how much food to prepare daily to keep waste to a minimum. There is obviously a cost implication as well; we can’t just throw food in the bin.

“If we have leftover ingredients, we might use them to prepare, for example, a soup to feed our team of around 30 staff which we have here. As chefs, we know how to transform ingredients into a meal.” And he does the same at home:  “We have two kids, and if we cook too much for dinner then I’ll use what’s left over and add a few extra ingredients to make lunch for the next day.”

Tipping isn’t alone – in previous years Glynn Purnell has taken part in the campaign, as has David Colcombe, formerly of Opus. And while the big guys are keeping the spotlight on the issue, there are plenty of people behind the scenes doing their bit to make sure Birmingham is a city that takes this issue seriously. A quick look, and a helpful list from Birmingham Food Council, and it’s heartening to know it’s not an issue that Birmingham is sweeping under the carpet. To name but a few, there’s a Birmingham hub for national charity Foodcycle, run with Birmingham Settlement, where volunteers use food that would otherwise be wasted to cook a healthy meal for vulnerable people every Sunday. And Esther Community Resources, which started in Birmingham, now has distribution centres in Walsall and across the West Midlands, redistributes food from supermarkets and food outlets to people in urgent need, as part of its wider efforts.

There’s the food industry too, with several city restaurants signed up to the Sustainable Restaurant Association, though it would be good to see more.

In short, it’s not all doom and gloom. We’re definitely not letting the side down. And the fact that top chefs are taking it seriously makes it even more hopeful that Birmingham can lead the way. But like anything, more can always be done. And it’s the responsibility of us all to make sure that our city is the best it can be – not just when it comes to awards and rave reviews, but to the less glamorous side of our ‘foodie’ city.

One thought on “Food waste in Birmingham: What are businesses doing?”