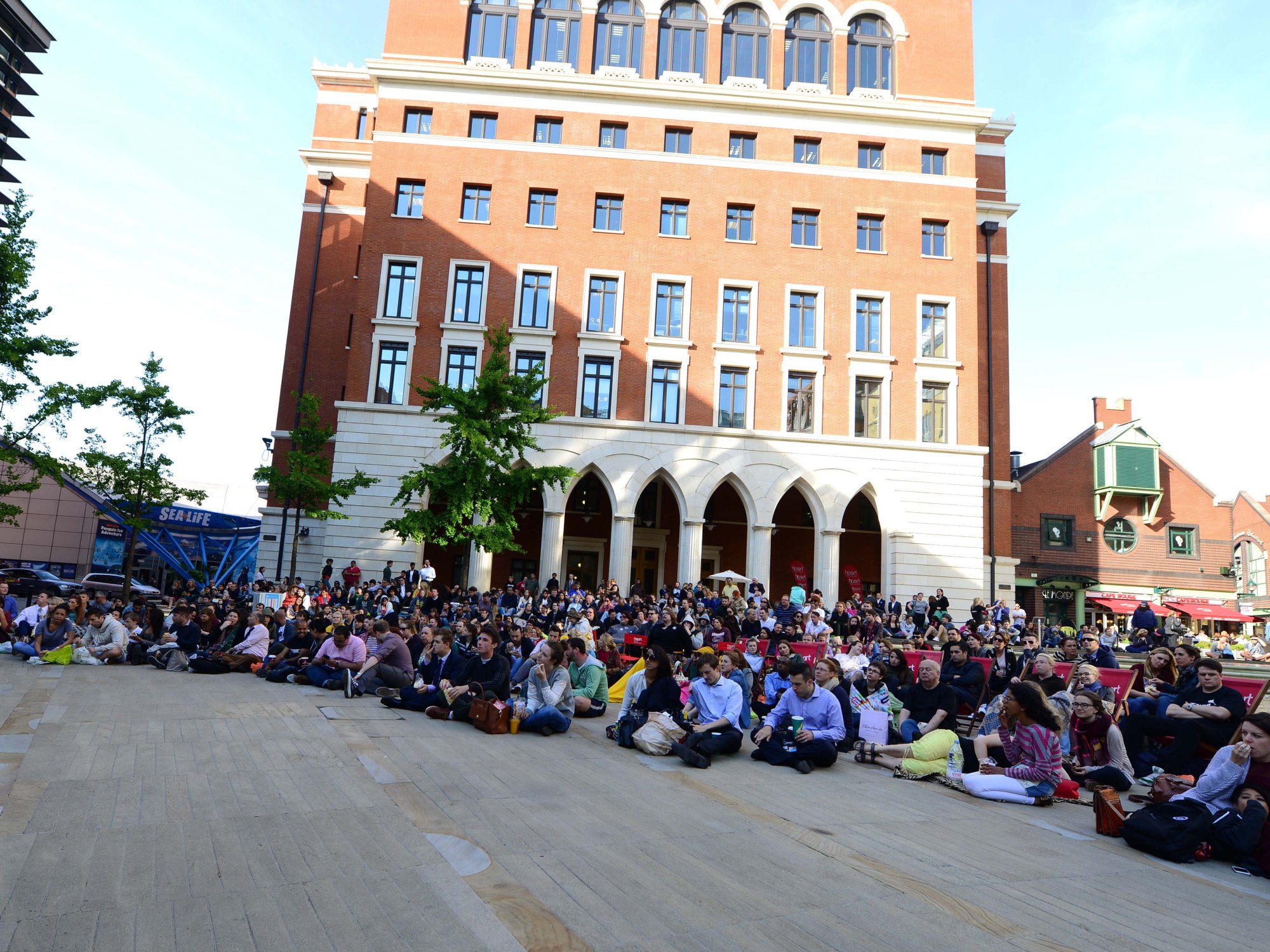 via Nikita at @brindleyplace

Disney’s Frozen, The Great Gatsby and Independence Day will all be shown as part of this year’s Brindleyplace Outdoor Film Festival, which returns between Tuesday 14 and Thursday 23 July.

The film schedule has been revealed following hundreds of votes from the general public, which saw 90’s classic Clueless, staring Alicia Silverstone, achieve more than double the number of votes than any other film. As such, the popular high-school film will be shown at 6pm on Friday 17 July.

In total, nine films will be shown in Central Square at Brindleyplace, all of which will be free for the general public to attend, with evening screenings starting at 6pm and two afternoon showings starting at 1pm on Saturday and Sunday. The remaining shortlisted films include 500 Days of Summer, Finding Nemo, Ten Things I Hate About You, The Theory of Everything and Batman Begins.

Tens of thousands of people have flocked to the Outdoor Film Festival over the past four years and, with 2015 being the 20th anniversary of Brindleyplace, it is hoped that this year’s event will be the best yet.

Ben Ashby, Marketing Manager at Brindleyplace said: “I’m pleased to say that our business tenants and the general public have made some great choices and, as a result, we’ll be showing a real variety of films, from cult classics to latest releases and family favourites. Whilst Clueless is sure to prove a hit with everyone that grew up in the 90s, I think Frozen might be the loudest screening – let’s see if people in the Bullring can hear everyone at Brindleyplace singing along to Let it Go!”

This year’s Outdoor Film Festival is supported by Heart FM. The popular radio station will be providing a limited number of deckchairs and beanbags to people on a first come, first served basis.

People watching the films will also be treated to some delicious free tasters from Primula Dips and take-away food will be available from a number of the restaurants based at Brindleyplace, including Café Opus, Piccolino and Gourmet Burger Kitchen.

Ben said: “We’re obviously hoping for a heatwave between 14 and 23 July but, if it does rain, we’re encouraging everyone in Birmingham to embrace their true British spirit and come along with umbrellas and a poncho! As it’s outside, we’d also recommend that people bring along picnic rugs, cushions or anything else that will help ensure they’re sitting comfortably before the film begins.”

In addition to the Film Festival, Brindleyplace will also be screening the live finals of Wimbledon on the outdoor screen in Central Square on Saturday 11 July and Sunday 12 July.

The Film Festival is open to everyone and does not require prior registration. It is advised that anyone planning on visiting the festival, visits brindleyplace.com beforehand to check the schedule and certificate ratings of the films.